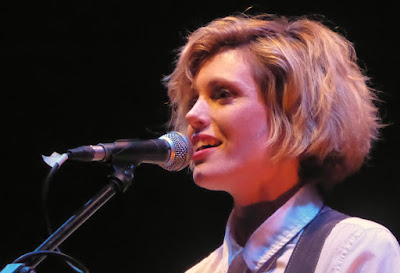 It's easy to get set in your ways. Especially where music is concerned. Like what you know, and know what you like. Well, I'm sorry, but even as I prepare for the inevitable approach of my 60th birthday I refuse to accept this maxim, any more than Shirley Valentine refused to comply with chips and egg only being served on a Tuesday.

And tonight is a Tuesday. I could have had a night in. There were eggs in the fridge and a bag of spuds in the cupboard under the drainer. I could have justified cancelling the chance of seeing Canadian-born Haley Bonar perform at Norwich Arts Centre. No one would know, and even if they did I could have blamed my dilatoriness on a surfeit of gigs in the preceding seven days.

So I am now back home, head and brain still buzzing after experiencing one of the most invigorating and revelatary evenings of new (to me) music in many a month.

It is not even as though Ms Bonar (pronounce it to rhyme with 'honour' - it is a variant on the traditional and honorable Scottish surname Bonner which goes back many centuries) had not been on my musical radar for several years. I just had not appreciated her fully before tonight.

Haley Bonar released her first album in 2003. But it was Last War, in 2014, that first drew Bonar to many people's attention, mine included. As a lover of edgy alt-folk acts from across the pond, Last War caught my attention, but inevitably faded off the screen when surprisngly few in the UK seemed to get on board.

Fast forward then to tonight when, stirred from my lethargy, I make my way to the Arts Centre in St Benedicts Street in time to catch her perform. 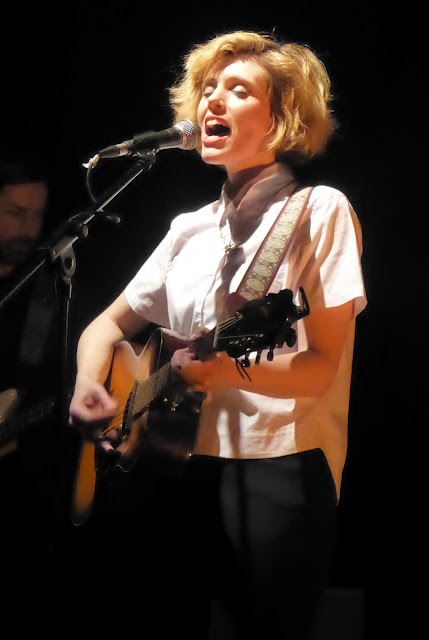 I kid you not. From the opening bars of Jealous Girls I am immediately energised by this singer and her band. Her style bridges decades, one moment re-kindling iconic imagery from the era of Debbie Harry and Molly Ringwald, throwing in a pinch of Beach House, then managing to sound like Justine Frischman's Elastica, one step ahead of closing with an encore that sounded as contemporary as Courtney Barnett or as enigmatic as Jenny Lewis or Angel Olsen . And each and every song is filled with lyrical portraiture, strong melody, driving rhythms and a persistent strong beat.

Virtually every track from the new album is showcased, together with selected highlights from 2014's Last War.  And for what more is there to ask? She manages to bring alt-country and punk-rock together in a manner rarely achieved by anyone else I have experienced (with the possible exception of Elvis Costello). And whilst there may be a touch of misanthropic anguish in some of her lyrics, we are escorted through  Impossible Dream to finally reveal a sense of discovery and personal positivity. There is a rock and roll acceptance and empathy that  builds as the set continues, and this is my endearing memory that persists long after this gig has ended.

Thank you, Haley, for making my Tuesday complete. 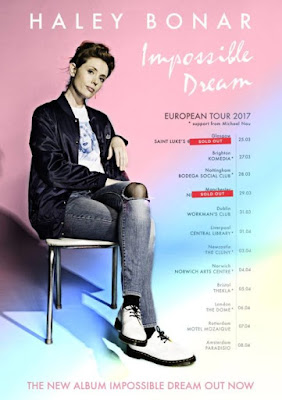 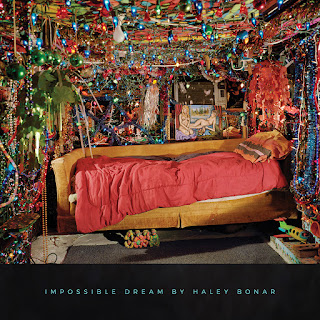