Branching Out (and Blooming Marvellous) - The Willows at Norwich Arts Centre 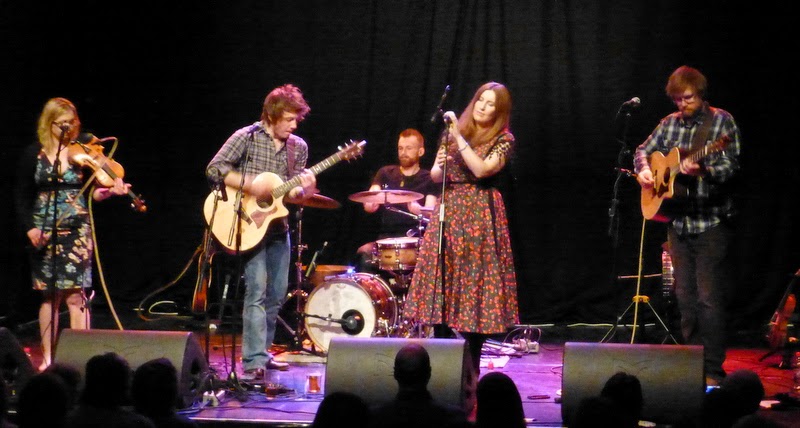 Cambridge is only 65 miles away from Norwich and, with the completion of the Elveden by-pass, venues such as The Junction, and events like the Cambridge Folk Festival are now literally just over an hour's drive away. This potentially opens up a whole new world of potential gigs and concerts, even though Norwich certainly offers something of interest most evenings. In fact, the Norwich music scene is flourishing so well that we are in danger of  becoming a little blinkered if not careful.

Which is possibly why Cambridge-based five piece have slipped underneath my radar, despite having released two albums, gaining five-star reviews in the Telegraph, and receiving praise from Radio 2's 'Whispering' Bob Harris. They formed in 2010, have obviously played the Cambridge Folk Festival, but also appeared at last year's Folk East. In fact, it is John and Becky from Folk East that have organised tonight's show at Norwich Arts Centre.

First on stage is Kelly Oliver, a young singer songwriter new to me, although she had earlier in the day played and been interviewed by Stephen Bumphrey on BBC Radio Norfolk. Her distinctive singing voice and harmonica playing certainly set her apart from the crowd of female alternative 'folk' artists to have emerged in recent years in the wake of artists like Laura Marling. Songs such as 'Jericho' and 'Diamond Day' showcased a talent reminiscent of the Celtic sensitivity of Cara Dillon, though Oliver actually hails from Stevenage in Hertfordshire. Not yet the female Bob Dylan perhaps, but Hohner Harmonicas will be happy enough to have her as their ambassador. The album 'This Land', on Folkstock Records, is well worth a listen. 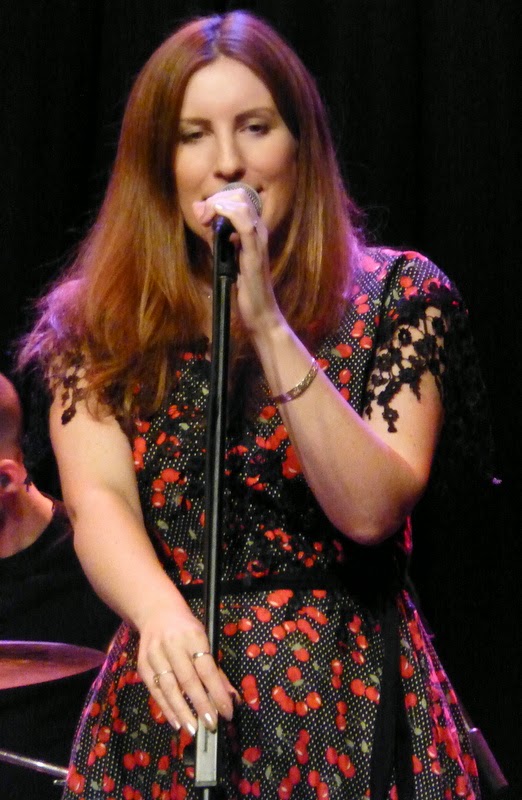 Jade Rhiannon of The Willows

After a short break The Willows are on stage for the first of two sets, giving them a chance to perform songs from both the debut album, released in 2013, 'Beneath Our Humble Soil', and last October's release, 'Amidst Fiery Skies', both on ELK records. Jade Rhiannon's vocals effortlessly switch between the gentle melancholy of Irish ballad 'The Maid of Culmore' and the bluegrass stomper 'Bella's Fury'. Husband Cliff Ward and Ben Savage supply guitar, banjo and Dobro accompaniment, Cliff's sister Prue provides violin, whilst newest band member Evan Carson impressively plays bodhran whilst still working the drum kit. The seamless blending of vocals from Cliff, Ben and Prue just adds to the magic, because these guys seem to have everything that the perfect folk band should possess, including, it transpires, the prospect of a little Willow sapling in the not too distant future.

Thanks to Folk East for putting on tonight's event at the Arts Centre. It acts as an impressive taster for the three day festival in August at Glemham Hall, near Woodbridge. Described in their publicity as 'eclectic, eccentric, and inherently Suffolk', I'm sure they won't mind if a few of us cross the border to attend from here in Norfolk. It sounds too good to miss. 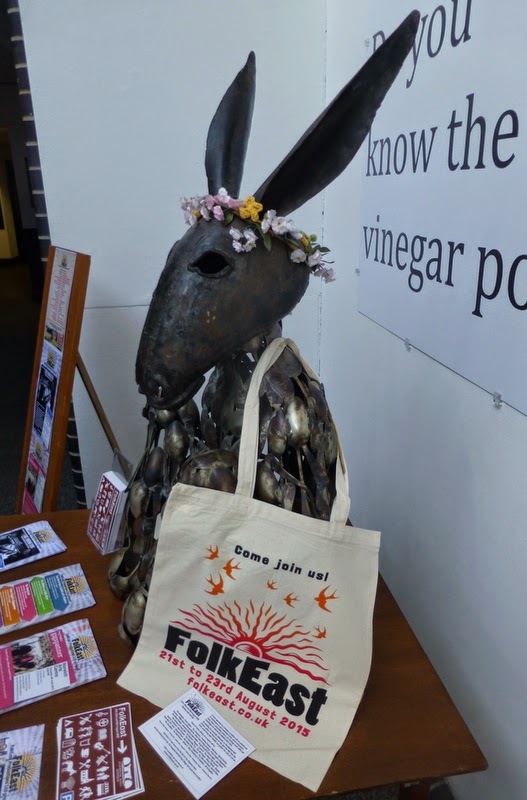 Find out more about Folk East at - http://www.folkeast.co.uk/