Sunset Sons - Bringing a Flavour of Soorts-Hossegor to Norwich's Waterfront 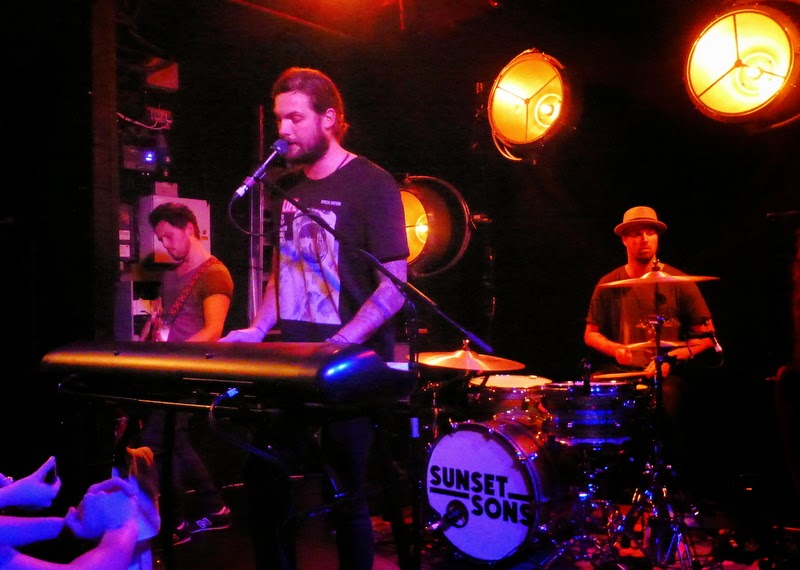 The story of Sunset Sons is the stuff of which musical legends are made. English boy washes dishes in French Atlantic surfing resort to earn money, and spends evenings playing piano in a bar. Teams up with Geordie lad and forms a band, switching from sand to snow at end of the season to roam the Alps entertaining winter holidaymakers. Evolve from just playing covers to writing own songs. Cause media hype, with music industry bosses flying out to Val d'Isere, and end up signing to Polydor Records.

Tonight they catch themselves falling between two bar stools at Norwich's Waterfront Studio, a sell out gig, but playing to an audience who have not just spent their day surfing or ski-ing, but have probably come straight from a day at the office. This is the tour when Rory Williams finds out whether his musical aspiration translates to success away from the après-ski of Europe and the dunes of Aquitaine. 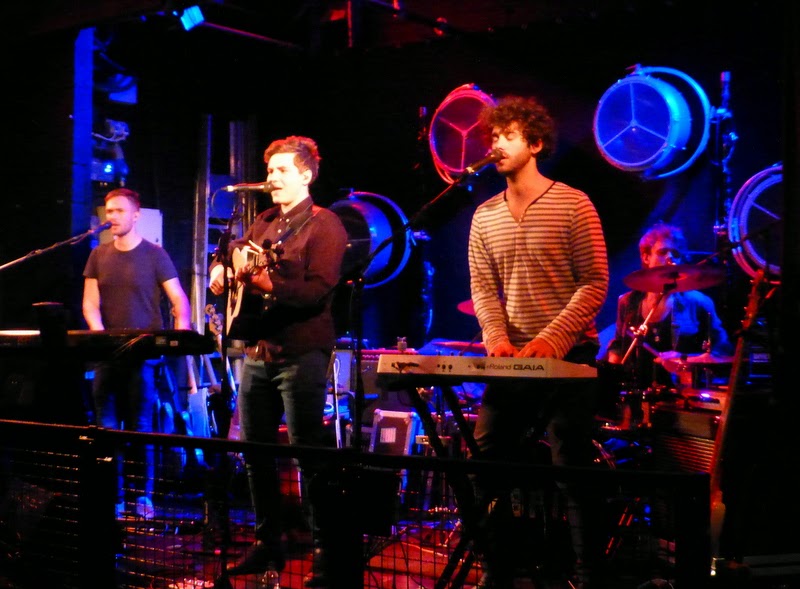 The evening starts with 'The Beach', and there are four of them. However, it transpires that only the one with the guitar is actually 'The Beach'. The rest are his band. The songs are competently delivered but, about three numbers in, I am beginning to wonder about the name. 'The Beach' to me has nothing but positive connotations - sun, warmth, sea, waves - yet the songs, which are delivered with pained perspective regardless of tempo, are all written about sadness and negativity. Even the single, 'From Above', seems to be about release from constraint. I'm not won over by the conceptualisation, even though the songs themselves may well be worth a listen. 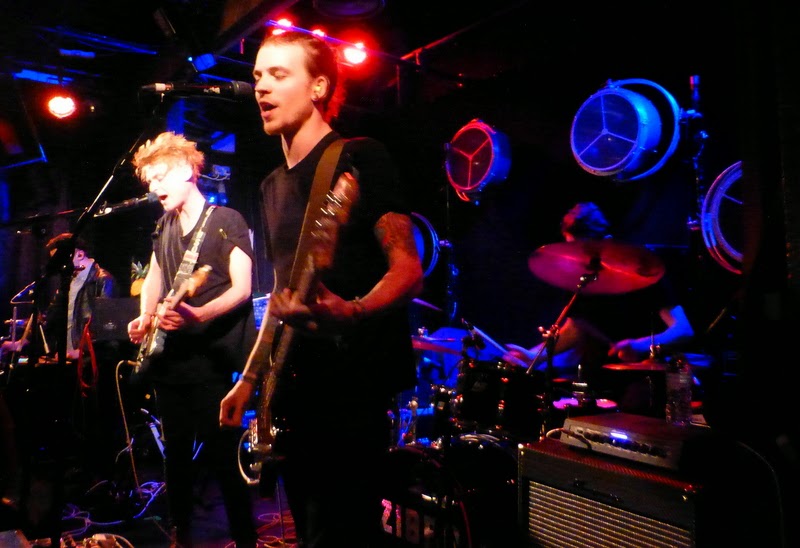 'Zibra'
Zibra, however, come onto stage and launch into their set like a 90's rocket. A four-piece from Tottenham, they mix punk and pop influences into an energetic and dance-infused set, that introduces includes an impressive cover version of Alice Deejay's 'Better Off Alone'. Sam on lead vocals has to endure all manner of tech problems with his guitar throughout the set, almost as if  the album that the cover originally came from, 'Who Needs Guitars Anyway', was having a final shot at driving home the irony. Seriously though, I loved these guys, and everything they did, as well as their visual influences which drew from Sparks right through Howard Jones and Midge Ure to Sex Pistols. A  totally contemporary homage to 20th century electro-pop, with so much new to offer. 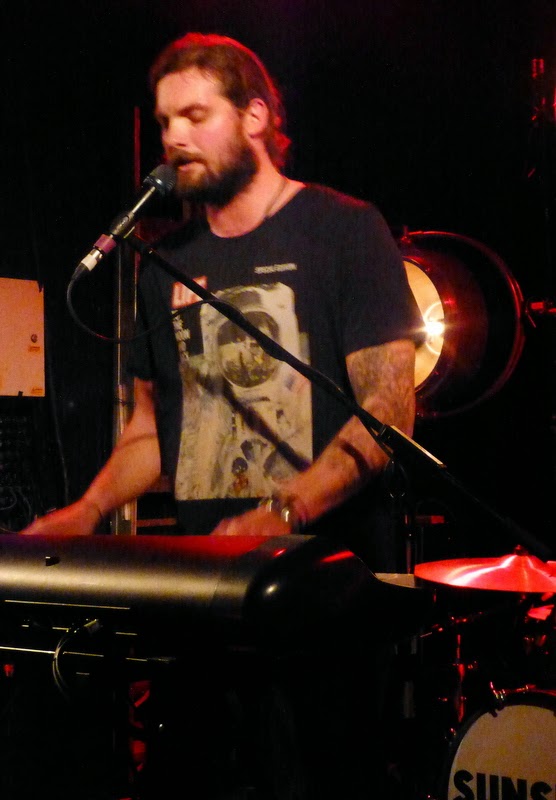 Sunset Sons take a couple of songs to get the notoriously reserved Norfolk audience to thaw out, but please remember that we have not been on black-runs all day, or tubing in the Atlantic surf. We are arriving after a day on spreadsheets and checkouts, and have not partaken of fondue and unlimited Jaegerbombs to loosen our inhibitions and unleash our wild side. Yet it only takes a rendition of the single 'Medicine', three numbers in, to start us clapping and moving, and from then on in we are putty in their hands.

With no album to buy as yet, some of the tracks are bound to be new to us, although 'Remember' gets a huge roar roar of recognition towards the end. I close my eyes from time to time, an try to imagine myself transformed to an Atlantic beach, or an Alpine slope. I imagine myself partying hard on a table in Val d'Isere. It works, and I am now 100% getting the Sunset Sons vibe. I now just need to be able to realise that closer to home. No doubt the festival season will see a lot of us happy with the sight and sound of Sunset Sons performing as a galvanising memory. And deservedly so, although their main strength seems to lie in enthusiastic and proficient performance rather than songs of particular beauty or depth.

Definitely not to be filed with Mumford and Sons, although they could provide aspirational role models.

Check out forthcoming events at The Waterfront at http://www.ueaticketbookings.co.uk/