Everything Except The Magic Suede Numbers - Ben Watt, Bernard Butler and Michele Stodart 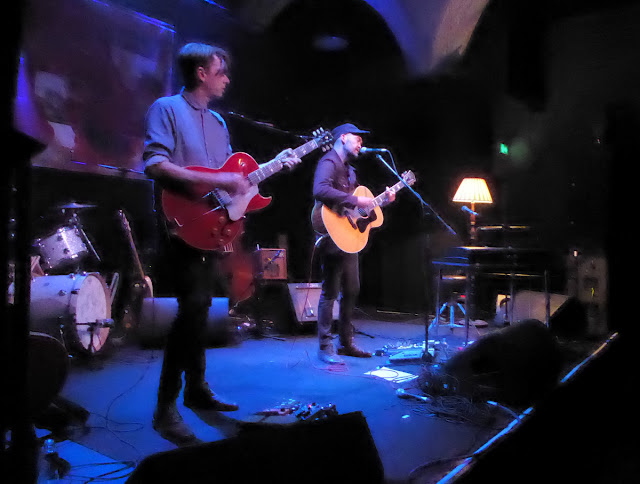 There are lots of reasons why I love Norwich Arts Centre - its iconic status and history, it's award-winning reputation (2014 NME UK Best Small Venue), its beautiful medieval auditorium (the de-consecrated church of St Swithin dates back to the 15th century) and, of course its variety of shows, from cutting edge new music to traditional folk, from performance art to comedy. It provides people like me with the chance to see favourite artists perform in a small and friendly small and friendly environment, but also test the water with acts that are new to me, or that might have passed me by on the first time around.

Tonight was a good example of the latter. I was never the biggest fan of 80's sophisti-pop duo Everything But The Girl. As my late father in law was fond of telling us, the word 'sophisticated' is derived from 'sophistry', which is the use of false premise with an intent to deceive. Not that Ben Watt and Tracy Thorn ever set out to deceive us. They wrote damn fine songs, and presented them in a manner that was extremely popular at the time. It is just that, whilst everyone else was enjoying albums like Eden and Love Not Money, I was being swept along on a tide of Britpop by bands like Blur and Oasis.

Tonight's show at Norwich Arts Centre featured not only Ben Watt, touring to promote his third solo album Fever Dream, but he was playing alongside Bernard Butler. Butler was guitarist with Suede until 1994, later became one half of successful duo McAlmont and Butler, and has since worked with some of my favourite bands and singers, including Summer Camp, Howling Bells, Neneh Cherry and Nerina Pallot. Several critics have hailed him as the most influential guitarist of his generation.

But first on stage, and this is why I always make sure that I arrive early at a venue, was Michele Stodart, known to many as bass player and one quarter of The Magic Numbers, a band who had a top 10 album with their eponymous debut in 2005, have since recorded another three albums, and are still touring. In fact, they have just finished a tour of South America, and Michele has literally travelled from Argentina to be with us in Norwich tonight. Talk about dedication to the craft. Some artists still complain about how long it takes to drive up the A11 from London. 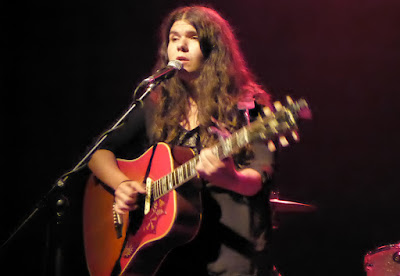 Playing a set that starts with Once In A While and concludes with Will You Wait (both from her new album Pieces) but laced also with tracks from the earlier Wide-Eyed Crossing, Stodart has us entranced from start to finish. Playing alongside on guitar and occasional glockenspiel is Matt Skipper, but it is Stodart's voice and material that is such a revelation. Stepping out from her usual role of bass player and accompanying vocalist we find a voice that comfortably embraces elements of blues, country and even folk. Think Emmylou and Joplin blended together into one elegant emulsion with personal and heartfelt songs about relationships and life, and you begin to get the idea. 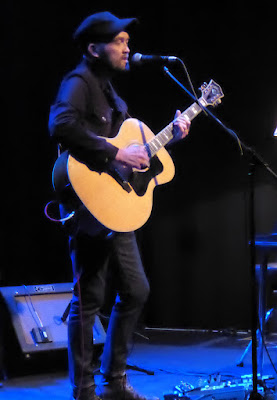 Ben Watt looks casual and relaxed in a denin-style jacket and matching blue cap as he opens his set with Running With The Front Runners, a track from the new album. Only then does Bernard Butler join him on stage and they together launch into the title track from 2014's Hendra. The band is made up of bearded Australian double bass player Rex Horan and a Japanese drummer (whose name I didn't catch although it sounded a bit like a type of motorcycle) standing in (and doing a fine job) for regular sticks man off the album recording, Martin Ditcham. (NB Thanks to String Bean Jen, who Tweeted to tell me his name - it is Mako Sakamoto)

Most of the setlist is, in fact, drawn largely from the last two albums with Butler giving us open and honest glimpses into the inspiration behind each song. He does, though, dip right back to the early days to perform Some Things Don't Matter, a song that originally appeared on Pillows and Prayers, a 1982 compilation album from Cherry Red Records, a Christmas release famous at the time for its 99p price tag. It later appeared on Watt's solo debut North Marine Drive, which was released the following year. 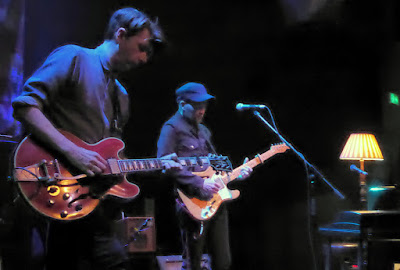 A couple of Everything But The Girl tracks are included, the choice of which is limited, Watt explains, by virtue of the fact that Tracy Thorn took lead vocals on the vast majority. However he picks two tracks from 1994's Amplified Heart album. The first, Rollercoaster, although originally performed by Thorn has deeply personal meaning to Watt, and his delivery is a poignant and sensitive highlight of the set. Later he performs 25th December, which he did originally sing. 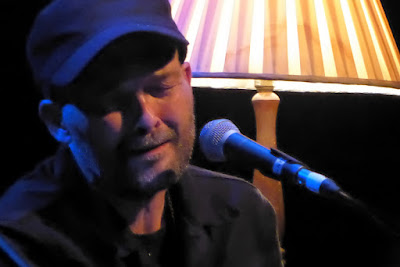 The set ends with the title track off the new album, but Watt returns for a solo encore of North Marine Drive before the band returns for New Year of Grace and finally Forget.

It has been a memorable evening, not just because of Ben Watt's performance and songs, but also for the chance to see and hear Bernard Butler. Where else, other than the Norwich Arts Centre, is it possible to stand less than six feet away from such a legendary guitarist in full flow. No barriers, no obstructive security getting in the way. Just a room full of music lovers hanging on every note of Butler's restrained but amazing guitar work, and enjoying Watt's singing and lyrics. And both artists perfectly at ease in our presence, a contrast of light and shade in their respective guitar styles, but complementing each other perfectly, and no trace of ego getting in the way. 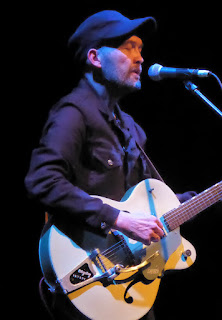 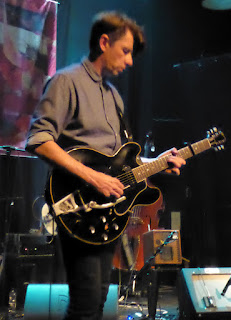 And let's not forget Michele Stodart who, despite flying all the way back from Argentina, and performing a support set, has been diligently manning the merch stand all evening. What an absolute trooper.

Like I say, this evening had absolutely everything. Except the magic suede numbers.