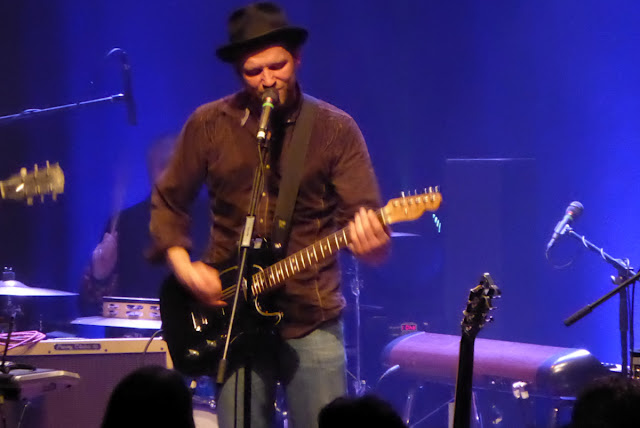 Back in January 2003 I took my then fourteen year old son to Norwich Arts Centre for one of his first ever experiences of a live music gig. The band was an Eastbourne trio by the name of Easyworld, and we both came away from the evening as big fans of the band, and also of the venue.

Alas, Easyworld were not to survive beyond 2004, although I would still recommend their two albums from that era, 2002's This Is Where I Stand and its excellent follow-up Kill The Last Romantic.

Although the band split, lead singer David Ford went on to release a string of solo albums, beginning with 2005's I Sincerely Apologise For All The Trouble I've Caused and culminating with 2014's The Arrangement. Critical acclaim followed, with return visits to Norwich Arts Centre in 2006 and 2007, and an appearance at 2010's Latitude Festival, being included among my re-acquaintances.

Despite collecting a loyal fanbase, receiving rave reviews from The Sunday Times, Word magazine and The Daily Telegraph, and writing a hit song for French superstar Johnny Halliday, commercial success still eluded Ford. He even went on to write an autobiographical account of his experiences in How To Nearly Make It In The Music Industry.

Anyhow, I digress. It is 2017, and I am back at Norwich Arts Centre. It is a Saturday night, and David Ford is here for one of ten UK dates in June accompanied by Michele Stodart (of The Magic Numbers), and New York City singer songwriter JP Ruggieri.

And it is JP Ruggieri who opens the evening with a gentle set of self-penned songs, mostly from his forthcoming album - of which sneaky advance-of-release copies were available at the merch stand. Ruggieri plays his guitars and sings, whilst Michele Stodard accompanies on bass and Ford is on keyboards. And this is what proves to be the formula for tonight's show. Each of the three artists has taken the time to learn and play each others' material, apparently with very little rehearsal time, but in so doing deliver a collaborative performance brimming with warmth and mutual respect. Some in the audience clearly remember JP from his appearance here just a couple of months ago supporting Jarrod Dickinson. Others will be queuing to buy tickets for his return to The Bicycle Shop on the 27th of this month. 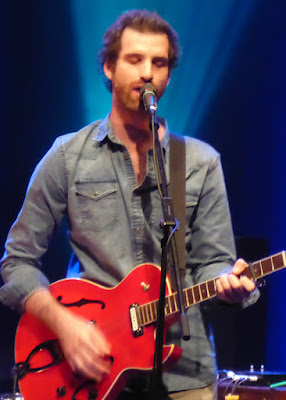 After a short break the trusty trio return to the stage, this time with Michele Stodart performing from her catalogue of material - open and honest songs with lush melodies and heartfelt lyrics. Quite different from songs written with brother Romeo for The Magic Numbers, Stodart abandons the bass to accompany herself on guitar whilst Ruggieri and Ford play alongside. Like that other 'gurning' bass player, Esme from Haim, Stodart pulls some awesome expressions out of the bag as she works through her set, but the voice is stunningly beautiful. As well as knowing her from The Magic Numbers, some of the audience will have seen her appearance at Norwich Arts Centre earlier this year alongside Ben Watt and Bernard Butler. 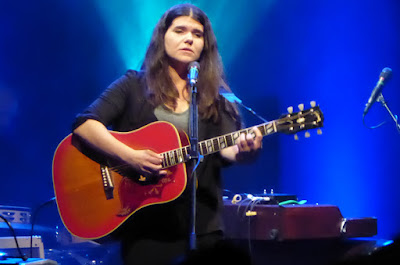 David Ford, as well as being a brilliant musician, is also an engaging and eloquent host, and we are not long into his set before we are hearing his views on the music industry, and also on the state of the global economy. The latter is borne out of an explanation of ideas and themes from his as-yet-unreleased new album -  it is the consequences of the way in which our banks were bailed out with public money that seems to irk him most. 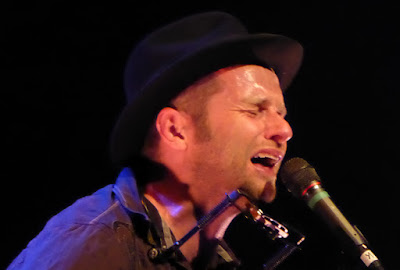 Like many other visiting artists who play the Arts Centre, Ford seems impressed with Norwich, even if St Benedicts Street is the yardstick being used to reach that conclusion. A suggestion from the audience that he explores Prince of Wales Road is given short thrift. But what again comes out of this set is the cameraderie and connection that clearly exists between these three musicians, and also with Irish drummer Phil Wilkinson. Although the posted set times suggest a one hour headline set and two thirty minute support slots, these four musicians have, to all intent and purposes, played for the entire evening with just the briefest of intervals, and the quality has been superb throughout. 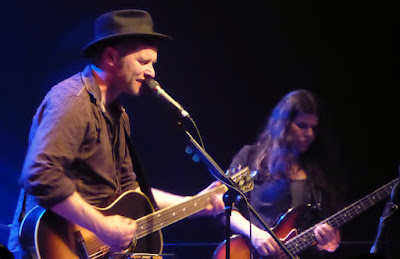 David Ford is one of a growing number of artists who find the whole process of 'the encore' to be fake, and insulting to the intelligence of the audience. 'Why else', he asks, 'would a performer deliberately hold back their greatest hit or latest single on the assumption of receiving sufficient applause to justify an encore. Instead, and with the curfew approaching, Ford, Stodart, Ruggieri and Wilkinson choose to end the evening with a hugely fun version of The Knack's 1979 hit 'My Sharona', probably the least expected song ever with which to finish this evening of beautiful music.

Nobody said it would be an easy world.