This is The Age of Anxiety - PIXX at Norwich Arts Centre 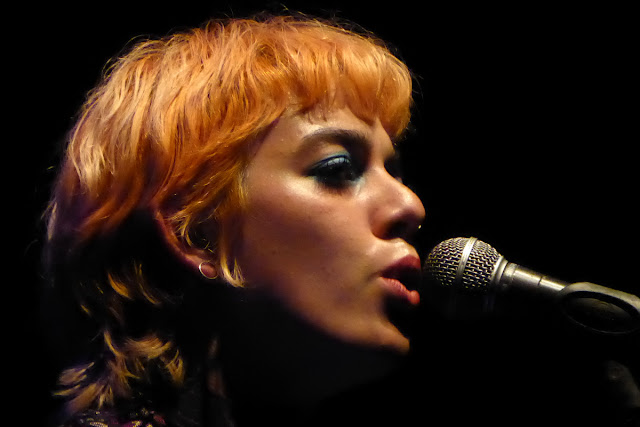 Showing once again just how astutely Pony Up keeps a finger firmly on the pulse of everything that is happening in the world of music, my first gig of June sees me at Norwich Arts Centre on the very day that PIXX, 21 year old Brit School graduate Hannah Rodgers, releases her debut album 'The Age of Anxiety'.

The band has a few more live dates before the festival season kicks off, and this was a first chance for me to see PIXX live before she re-appears in the DIY Alcove Stage on the Friday at Latitude.

The evening starts a few minutes late - traffic problems mean that bands have been late to arrive at the venue, and soundchecks have been delayed. It is Leeds-based trio Caro that open, and I am initially just about on the right side of lukewarm about them. There's a bit of Two Door Cinema Club and a bit of Little Comets, but nothing to really get excited about. However by the end of their set I have warmed to them quite a lot. There are some really interesting lyrics, and an almost folky texture going on with the guitars. Best tracks were 'Cold Comfort' and 'Closet Lunatic'. 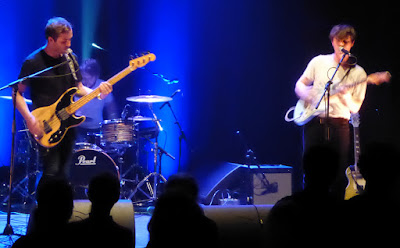 Next up were old friends of Norwich Arts Centre - they even played at a friend's wedding reception here last year. Manningtree four-piece Superglu are always so energised and seemingly up for a good time that you know you are going to enjoy their performance wherever they play. They even headlined the Soapbox Stage at last year's Folk East, with a chaotic acoustic set that was a sheer delight to watch. Tonight was no exception. Superglu are also booked to play this year's Latitude Festival. 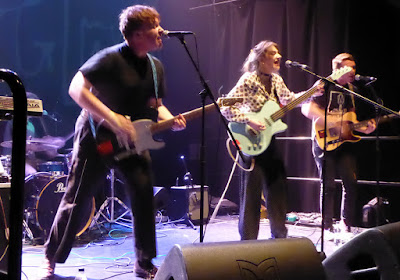 PIXX is touring with a three piece band consisting of guitar, keyboards and drums, leaving Ms Rodgers free to concentrate on vocal duties. The band are tight, and the sound is slightly louder and less ethereal than I remember from the album. Those expecting nothing more than an effervescent blend of electro-pop along the lines of Little Boots are immediately caught off balance by a moody, almost menacing, first number which PIXX delivers with an intensity that contrasts sonically as much as does her combination of patterned dress and black rubber-soled biker boots. But underneath lie layers of really beautiful words and melodies that demand your attention. Once again, there is a folk sensitivity in the lyrics, and an honesty and approachability that draws you in to the performance. Whilst you can hear rhythmic influences of bands like Lemon Jelly in 'I Bow Down', and more than once I am reminded of the palette of Peter Gabriel's earlier albums, there is also a really strong narrative throughout songs like 'Baboo' and 'Fall In' that remind me of the late Kirsty MacColl. 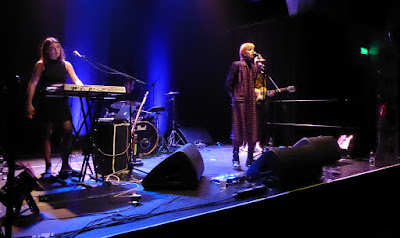 PIXX's performance is very much one of yin and yang - there is a side of the music that is light and almost fizzy in a danceable way, yet balanced against a worldly-wise cynicism and concern for the world that is almost worrying in one so young.

Because of the late running of the evening there is no time for an encore, but this has been a performance of quality that has already filled the tanks to overflowing. To hear more we will have to return to Henham Park in Suffolk in July and make a beeline for PIXX's Latitude appearance. 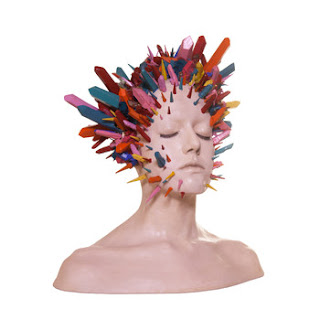