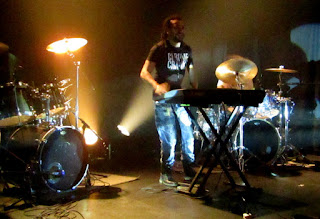 Ten days until Christmas. It's incredibly mild, but the skies are just so incredibly grey. Those who still haven't finished their present buying are scurrying around like squirrels searching for their nuts, probably wishing they had been far more organised and ordered everything on-line about three weeks ago. The students have all packed their rucksacks and caught the train home, the obligatory office parties loom for the rest of us, and yet, amazingly, their are still gigs to go to and provide an opportunity to escape the madness for just a few hours.

Tonight, at Norwich Arts Centre we get a chance to greet Egyptian electro chaabi pioneer Islam Chipsy and his band EEK, although for 'band' read 'two drummers and two drumkits'. Featured several times within the columns of The Guardian newspaper, this three-way force of nature (as they have been described) are currently touring the UK, and finish up in London tonight.

First up in Norwich, though, are local favourites BK & Dad, who always produce a blistering sound out of a guitar and just the one drumkit. It therefore looks like we really are going to rock the casbah here tonight.

Pip and Leo have set their kit up on the floor in front of the main stage, and perform in total darkness, save for two strategically placed laser spots behind. BK & Dad's playing is always mesmerising, but with the penetrating rays silhouetting their forms the result is spookily and hallucinogenically hypnotic - a bit like watching an episode of the X-files whilst listening to Led Zeppelin on your DrDre's. This is the fifth time I've seen the boys play in the last year, and every time I say how it is their best performance yet. And tonight is no exception. I'm sorry, but however good they sound on Gravy or Soundcloud it is still no substitute for feeling it live. 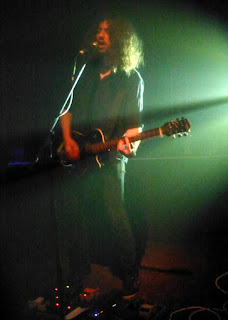 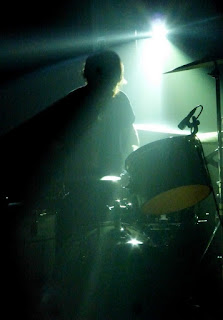 Islam Chipsy takes the stage with little fuss and no introduction. Throughout the entire set there is no verbal communication, in fact no vocalising at all. This is an instrumental excursion that uses the two drummers to provide a relentless backing to Islam's frenetic approach to playing his Yamaha keyboard. He swipes and thrashes at it whilst pre-programmed effects that range from funky Billy Preston riffs to the authentic sounds of the souk rain down on us. At the same time his infectious smile beams down and we helplessly fall under the spell.

There are more than a few of the audience that are swaying to the rhythm with arms aloft and really getting into the atmosphere of the evening. I'm impressed, and feeling privileged and uplifted that music is once again capable of providing such a platform to transcend and unite different cultures. So soon before Christmas, and so soon after the horrific events at The Bataclan in Paris, one cannot fail to make the connection, yet this is not a symbolic event. There is no room for any of the Bono 'my-stage-is-your-stage' sentimentality. This is just another gig. It is purely about the music.

Having said that, I am not sure whether Islam Chipsy is going to leave a lasting impression with me musically. Towards the end of the set I am secretly yearning to have it mixed up just a bit. Some vocals would be nice, or a bit of movement. Dare I say it, even a couple of belly dancers would add a certain something, however stereotypical that might have appeared. At the end of the day, Islam Chipsy and EEK would be a top-class entertainment at the Sharm El Sheikh Hilton, so much more authentic than yet another Rat-Pack tribute act, and I would buy the CD as a souvenir of a wonderful experience. But tonight's mustard was once again cut in no uncertain terms by BK & Dad.

However, for tonight, and possibly tonight only, Islam Chipsy and EEK became my new favourite Egyptian band. 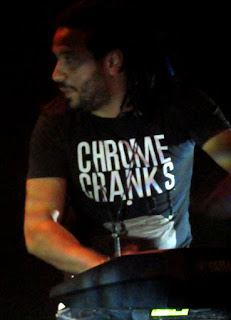 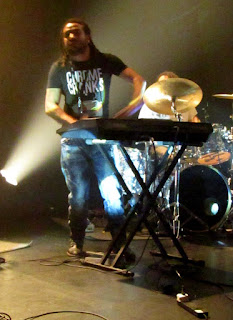 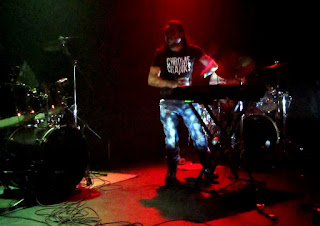 Christmas Shopping and Outline Bopping - The First 'Cut' is the Deepest 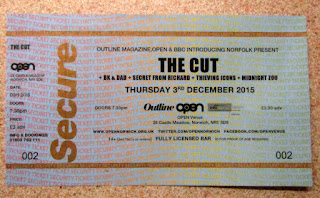 Thursday evening. Late night shopping in Norwich. First Thursday in December. Definitely time to get this Christmas shopping malarkey sorted before the crowds and the crush becomes as unwelcome as a grope at a Catfish and the Bottlemen gig. Time to track down Grandpa's socks and Grandma's perfumed drawer liners before the gentle aroma of Yardley's lavender is replaced with the sweatier muskier smack of  retail desperation.

Meanwhile, just a stone's throw from the top of Norwich's London Street (just like Bond Street, but without a tube station) lies Open, the magnificent former headquarters of Gurneys Bank. A place of refuge and sanctuary tonight from the over-priced gift coffrets and questionably unrepeatable blue cross bargains, and the venue for what hopefully will be the first of a regular series of events showcasing Norfolk's finest up and coming bands. Organised jointly by Outline Magazine and BBC Introducing, and taking over the downstairs Club Bar at Open, a good crowd has secured the best bargain available in Norwich tonight - four bands for a fiver (or £3 for those uber-organised bods who booked in advance).

First up are the mighty Midnight Zoo, three youngsters from Norwich who have are already creating waves and are being talked of locally as the 'new Joy Divison'. It's the third time I've seen them live in the space of a few months, and I'm pleased to report that their performances are maturing into much more than just an 80's tribute act. Jess Page Jarrett is a towering presence with his growling vocals, manic guitar work and adolescent strutting. His eyes may be closed whilst he sings, but ours are transfixed. Neat drums from Michael and steady bass from Zachary provide the anchor to a memorable opener for tonight's show. Two new songs premiered tonight, including the impressively moody 'Ride the Tide'. 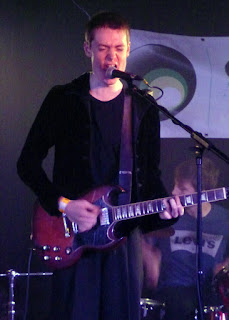 Thieving Icons have a lot of support in the room tonight, and relish playing to the crowd as they launch into their set of punchy pop punk. Andrew Todd has recently joined the lineup, replacing Marcus on drums, but the seams don't show. Admittedly their material reminds me of the standard pub-rock fayre that I used to dine out on back at The Greyhound in Fulham Palace Road many moons ago, but the final two songs seem to shift up a gear and have greater impact. More 'Narcotics' please. 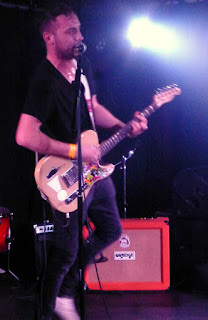 Secret From Richard are the second of tonight's acts that are new to me. They seem to divide opinion, but for my money they are probably the most marketable of tonight's lineup, and their playing seems to be a quorum of four individual talents, each contributing to the finished product. The strength of the material is obviously paramount, and even though these boys have the right jeans, the right trainers and exactly the right line-up of faces (bearded beany-toting guitarist, long-haired grunger on bass, manic drummer and blonde good-looker on vocals), the  songs and stage presence could perhaps benefit from a tad more aggression. Way too good to be fed to the A&R men and moulded into something they're not, but most definitely deserving of wider recognition. 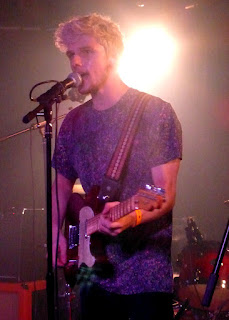 BK & Dad need no introduction to anyone remotely interested in the Norwich music scene, but are so, so different to any of the other three acts that it is a shame that not everyone stayed long enough to see them headline tonight's 'Cut'. The sonic blitzkrieg of Leo's guitar and Pip's drumming never fails to impress, whether it be from the stage of the Norwich Arts Centre with full visual accompaniment, or from a simple marquee by the skatepark in Eaton Park. Either way I am transported back in time to the days of the UFO Club in Tottenham Court Road in a way that the likes of Royal Blood seem uninterested in tapping into. If you like your ears to bleed in seven psychedelic shades, you will love BK & Dad. 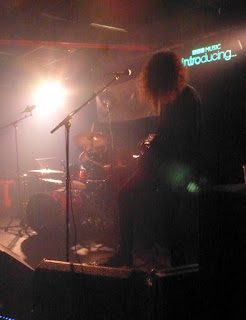 So that was it. Thursday night. Too late to organise another Cut in time to soften the carnage of the next three weeks' late night shopping grapples, but at least Grandma's drawers are sorted. More soon please, and thank you to Open, Outline and BBC Introducing for making the first Cut the deepest.
Posted by auckers at 03:37 No comments: