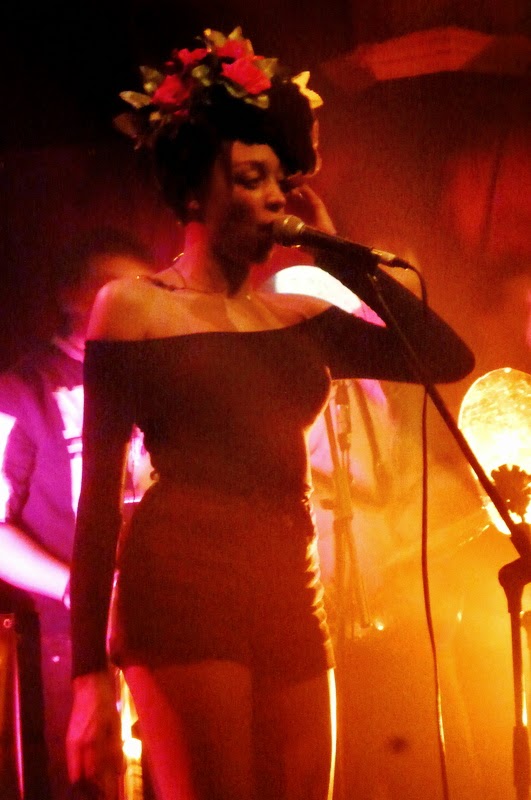 I'm not normally tempted out for a dance on a Saturday night like I used to be many moons ago. Not only that, but since The Son challenged me to enter the Brighton Half Marathon next March, and I have actually purchased a pair of running shoes and commenced running round Whitlingham Broad three times a week, my knees would probably not even be up for it. The sight of a 57 year old ex-pharmacist's legs buckling from under him under the influence of a pounding beat and six pints of Stella is not a pretty one, and certainly not one I am prepared to inflict on the clubbers of Norwich.

However, Hubs Records' night at the Norwich Arts Centre last Saturday had a line-up that was just too good to let pass. Featuring a genre-defying (although placed under 'World' in the NAC programme) twelve piece originally formed at the Leeds College of Music three years ago, Nubiyan Twist have already created quite a stir and have supported De La Soul and Bonobo on tour, as well as touring to promote their own eponymous album.

Hubs always put on a great evening, and this was to be no exception with local favourites Solko supporting. But first, to draw the audience through from the bar into the auditorium was 'Stuck in 2nd' a reggae-infused four piece from Nottingham fronted by dreadlocked Sam McKenzie and surf-tousled Ben Smith on vocals.

Whilst their repertoire of reggae/surf/dub numbers may have sounded a little idiosyncratic to a Norfolk audience when introduced with an East Midlands lilt, the rhythm and enthusiasm of the band had soon mustered a respectable audience, proving once again that pumping bass beats pumping bitter any time. 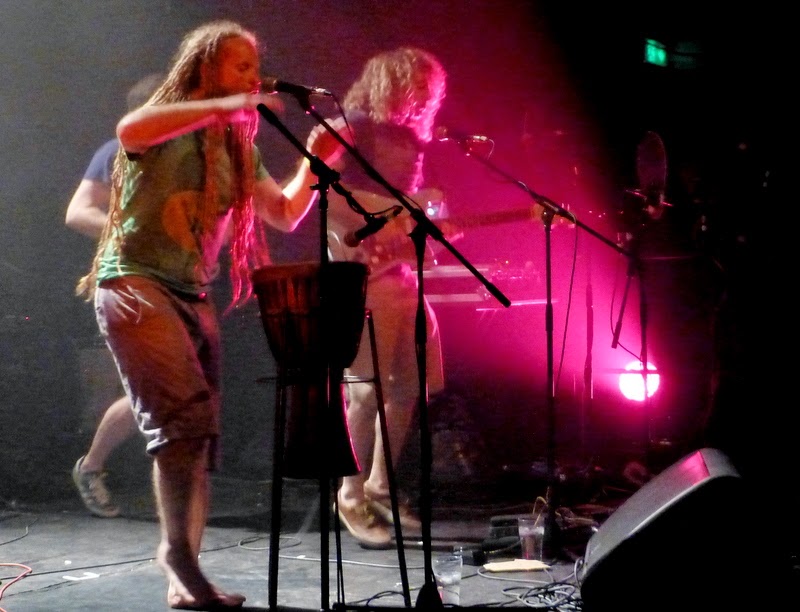 Solko are always guaranteed to draw a crowd whenever they play Norwich Arts Centre, and have a loyal following that will turn up and throw a few moves on the dancefloor too. With two EP's already released, but with a new single just recorded, some of their set is inevitably revisiting those Solko songs that we know and love, and these are self-indulgently stretched and twisted into something new with every live performance. There is no denying the energy and passion of these guys - catch them again at Symmetry Festival at Sennowe Park, Guist in June. 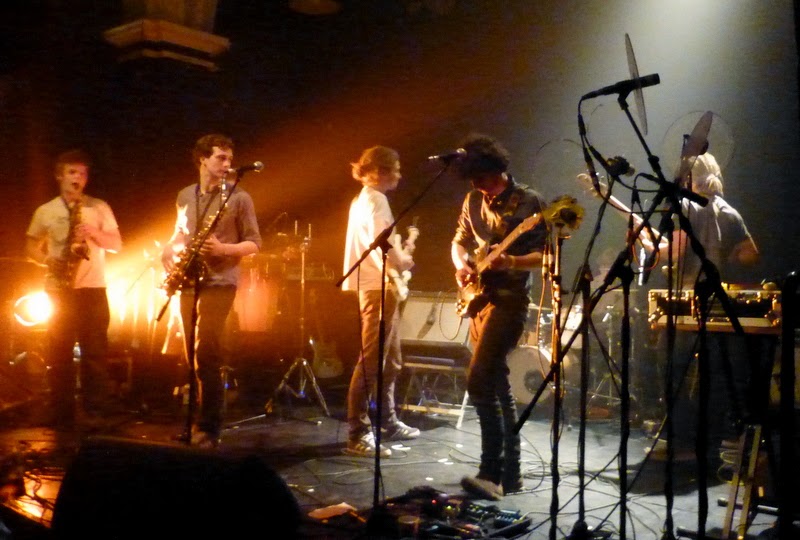 By the time the rest of Nubiyan Twist have taken their places on stage, lead singer Nubiyan Brandon has little room to pick her way through a mass of bodies, mikes and equipment and take her position. Looking elegant in black and with a floral arrangement perched on her head she certainly looks exotic, and when the band launches into their first number we are left in no doubt that tonight's show is going to be a belter. With drums, keyboards, decks, guitars and a comprehensive brass section, these guys have brought everything but the kitchen sink onto stage, yet full credit to the sound engineers, every note is crystal clear and perfectly balanced. It's so hard to pin down a single influence to their music, probably because their isn't one. Sometimes sounding slow and soulful like eighties Sade, then next moment dropping a groove that slaps you in the face like a South American beach party, this is a band that defies categorisation. Dance? You bet! 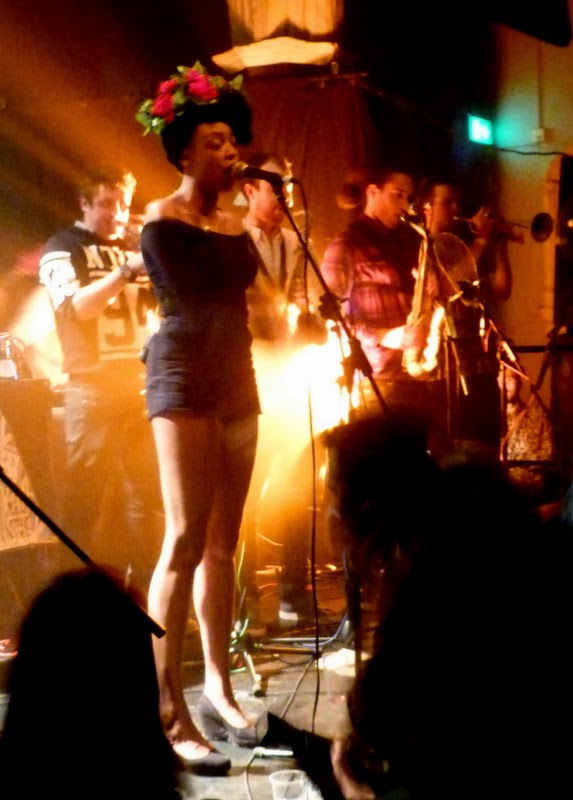 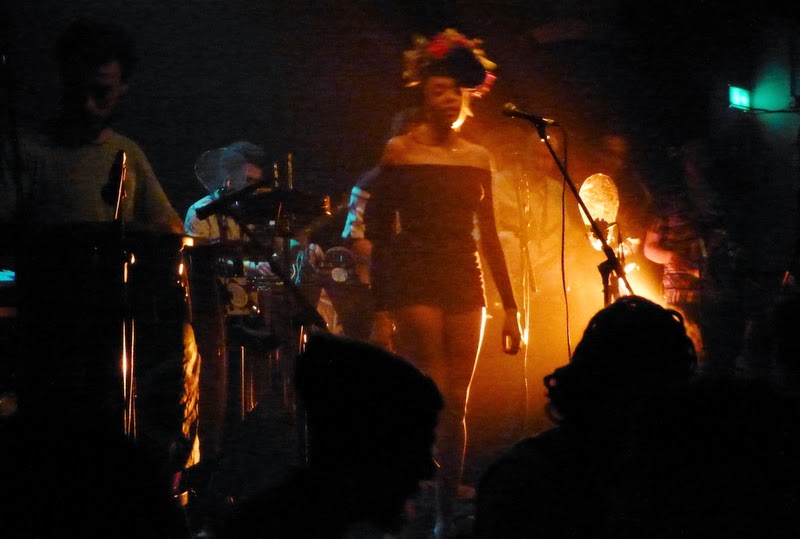