Super Luxury at The Owl Sanctuary 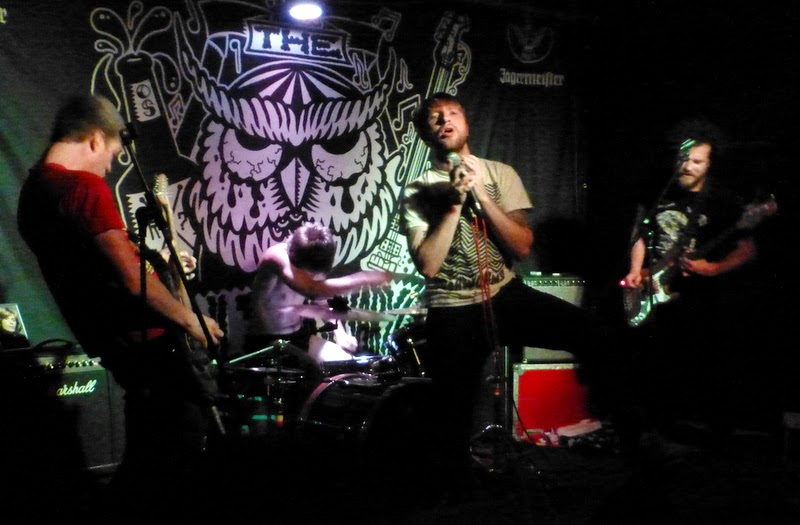 Saturday April 18th - UK Record Store Day! A chance for all the vinyl junkies to snap up exclusive product released only through independent retailers. Here in Norfolk we still have the classical specialist Prelude Records as well as SoundClash on St Benedicts Street representing Norwich, as well as Lewks in Downham Market. Out of these, it was only Lewks that had organised any live bands to play throughout the day, so it was left to The Owl Sanctuary in Norwich to lay on an evening gig for Norwich audiophiles.

Two local favourites, Maria Uzor performing with a full band as 'Girl in a Thunderbolt', and guitar and drum duo 'BK and Dad', were supporting Leeds noisy boys 'Super Luxury'. A whole evening's entertainment for the princely sum of £4 seemed like an offer too good to miss.

Now I have to admit that this was my first visit to the Owl Sanctuary, even though it has now been open for just over twelve months. Situated in Cattle Market Street, next door to the fancy glass-fronted furniture and wallpaper emporium that is Warings, some of you will still remember it as the Marquee. It is now managed by Dan Hawcroft, who certainly knows his music, and likes it loud. He was a roadie for sixteen years with the likes of Biffy Clyro, The Subways and Motorhead. There is a friendly welcome even if you just pop in for a quick drink, and on the Saturday night that I called in it was already busy with a wide selection of weekend revellers. The live music takes place in the back room, so after grabbing myself a pint of Lacons bitter, I made my way through.

Following on from the preview at Norwich Arts Centre supporting Trash Kit earlier this month, 'Girl in a Thunderbolt' is back, and the band is shaping up well with the addition of  guitarist, Gemma, to consolidate support for Maria on guitar and vocals. Having first seen her play solo at the Joan as Police Woman gig and having been mesmerised by her vocal style and post-psychedelia folk songwriting, it is intriguing to now experience the recently enriched sound, matured with the addition of keyboards, drums and vocal harmonies. 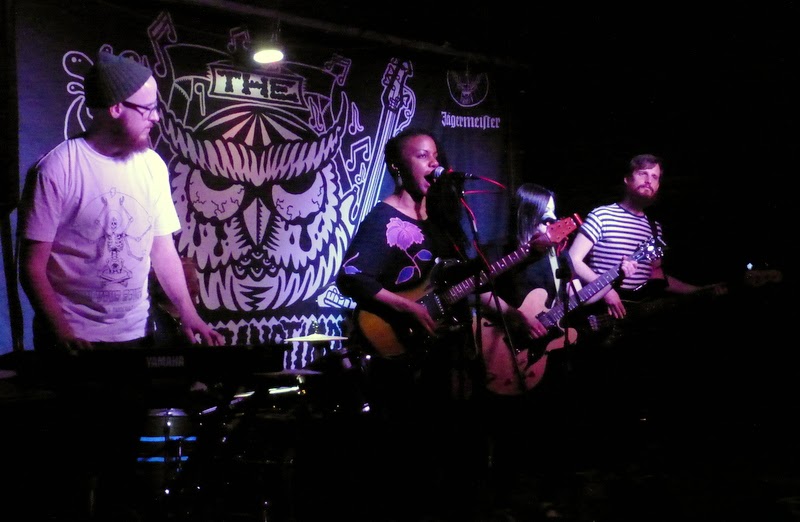 Girl in a Thunderbolt

'BK and Dad' are another local act with a growing reputation. I last saw them deliver a blistering set at a Gravy night at Norwich Arts Centre, where they were largely silhouetted against a mind-blowing display of projected visuals. Tonight at the Owl Sanctuary would be a chance to see what they actually look like, and see the whites of their eyes.

Originally from Aberystwyth, and with a name allegedly purloined via a local firm of scrap merchants, Pip (drums) and Leo (guitar) claim Black Sabbath as an inspiration, although Led Zeppelin chimes with an old timer like myself. Either way, their enduring association and evolution certainly pre-dates the current spate of Royal Blood / Drenge band-waggoneers that have emerged of late.

Once again, their set is mesmerising, with Pip hunched over his kit whilst Leo's use of the loop pedals defies belief whilst still continuing to drive the momentum like a steam train. If you likes your ears bleeding by the end of a set, BK and Dad are your men. 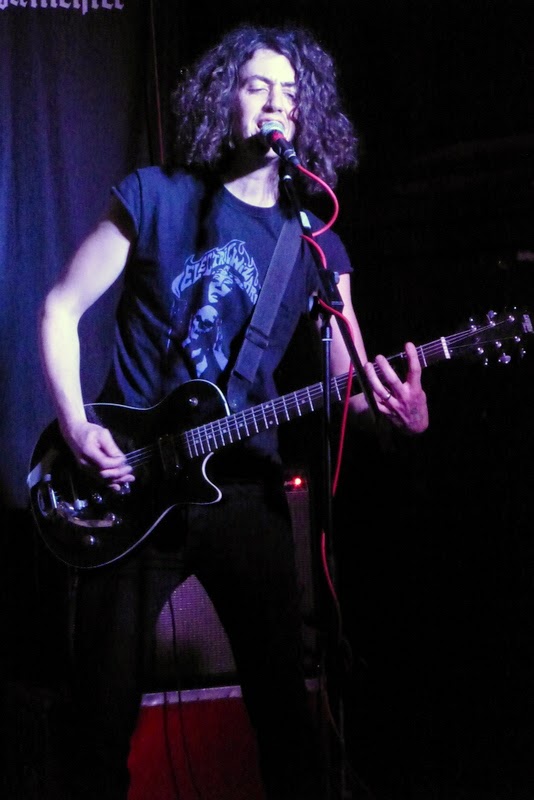 And so to our headliners from the land of the white rose, 'Super Luxury', and nothing defines the cultural divide between Yorkshire and Norfolk more than a drummer who chooses to perform the entire set in his pants. These are definitely the cheeky boys of the class, defiantly mixing their noise rock sound with phrenetic activity that includes confetti cannons (probably one of those big party poppers from Clinton Cards, but hey, that's show business!), and an ADHD inability to stay on the stage for more than two minutes by front man Adam Nodwell. His frequent departures from the stage take him to virtually every corner of the room, including a scaling of the walls and a visit to behind the sound-desk. Yet there is something quite endearing about a bunch of reprobates that have erected a shrine to Daryl Hall and John Oates atop their Marshall amp, and draped a Stars and Stripes flag across another. This is Northern irony at its best. 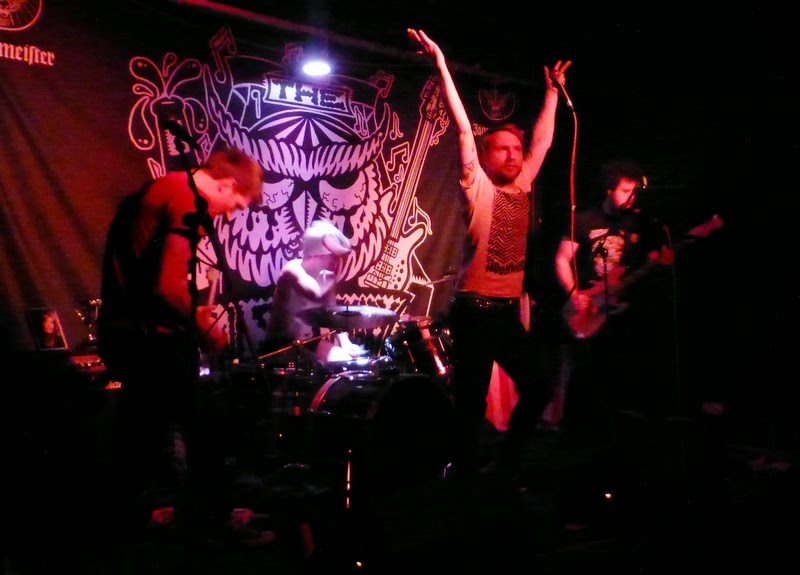 So, quite an impressive, yet intimate, venue, The Owl Sanctuary. Lovingly conceived, and a real asset to the Norwich live music scene, I will certainly return. They may fly by night, but they certainly know how to rock. Check out information on future events at The Owl Sanctuary HERE

Email ThisBlogThis!Share to TwitterShare to FacebookShare to Pinterest
Labels: BK and Dad, Girl in a Thunderbolt, Norwich, Super Luxury, The Owl Sanctuary