Who Gives a Hoot about The Owl Sanctuary? - Well, I do for one! 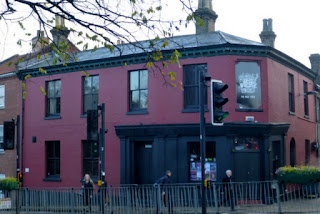 This has all happened so suddenly that I keep thinking that I will pinch myself, wake up and find that it was all just a nasty lucid dream. A bit like 'Inception', but with Pork Scratchings and rock music instead of Somnacin and Parisian cafés.

Now I'm not about to bang on about how The Owl Sanctuary in Norwich's Cattle Market Street was my second home, or brag about how many great bands I saw there before they became famous because, to be quite honest, I've only been there about a dozen times. I spread myself about a bit, and even volunteer at the box office of another music venue in this fine city. Some of the bands that appear at The Owl Sanctuary are not exactly my mug of rosie lea, but when I have been I have come away full of love for the place.

So when word started to spread last night that the building itself had been sold to the same property developer who acquired planning permission in April 2014 to turn the historic Warings building next door into eight luxury flats, something started to smell quite nasty. The Owl Sanctuary owner Dan Hawcroft is claiming that he has only just been given notice to vacate the premises. Also, the building's very existence appears to be prejudicial to the successful development of the Warings site, due to certain issues over access to natural light, making it seem like the Owl Sanctuary has simply become another David standing in the way of Goliath. Or like Frank and Faye Riley in 'Batteries Not Included' in their New York apartment building.

Now it is obvious that we cannot rely on help from little creatures from outer space to sort out The Owl Sanctuary's dilemma, but we really do need to make a bit of a shit-stirring noise about this. Every time a pub in Norwich gets turned into a petrol station, a Tesco Express, or a nice set of Golden Triangular flats the Eastern Daily Press plays up merry hell, but this is so,so much more important.

According to the BBC, 40% of all small music venues in London have closed over the last ten years ( http://www.bbc.co.uk/newsbeat/article/34343040/why-the-uks-small-music-venues-are-under-threat) , and the same is happening throughout the UK. Even Boris Johnson, bless his golden locks, has got involved, setting up a task force to see how small venues can be protected. If a Conservative mayor of London is worried, then there really must be a bloody problem. Not only is it essential to continue to provide small-capacity venues for local and up-and-coming bands to hone their craft, but we do not want to be left with just the big boys like the O2 Arenas and Eventim Appollo's controlling all live music in this country.

Norwich is blessed with a number of excellent independent music venues, including the Norwich Arts Centre, winner of the 2014 NME Small Venue of The Year, and the Nick Raynes LCR and Waterfront run by the UEA Students Union. But The Owl Sanctuary is something special, and something that will be sorely missed if it goes. If not, it won't be long before every fat-pike property developer for miles around will be sniffing along King Street, Sprowston Road and Cowgate looking for the next little minnow to attack and annihilate.

No doubt there will be some hot air vented over the next few days and weeks, but surely music, culture and taverns can co-exist alongside fancy flats and restaurants? There has to be a way. 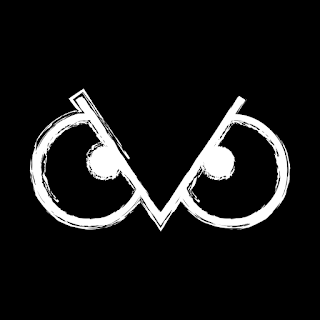 Email ThisBlogThis!Share to TwitterShare to FacebookShare to Pinterest
Labels: Boris Johnson, Give A Hoot, Live music, Norwich, The Owl Sanctuary