Hattie Briggs - From The Shepherd's Hut to The Bicycle Shop 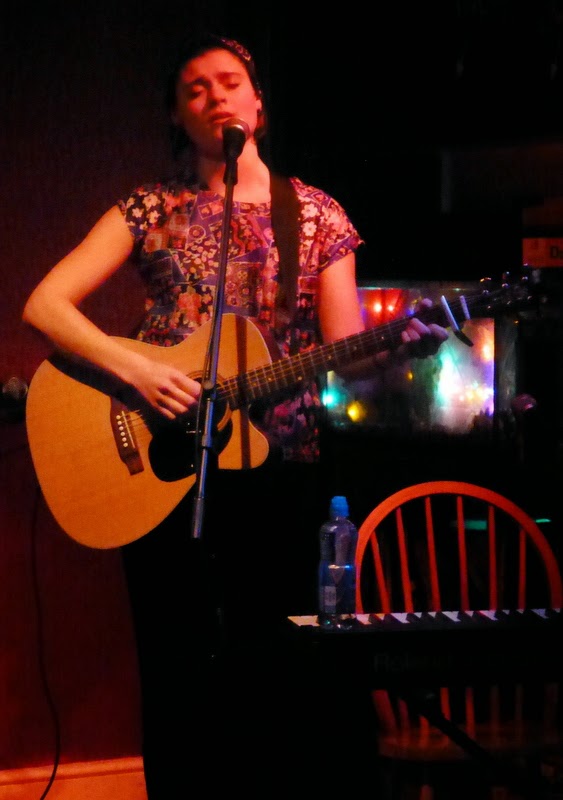 Once upon a time there was a bicycle shop in St Benedict's Street, the main thoroughfare of the Norwich Lanes district of independent shops, bars and eateries. It is still there today, and is still called The Bicycle Shop. Outside, between the planters, you will usually find a couple of bicycles. On one of them is written the message 'We Don't Sell Bicycles. Sorry'.

Today, The Bicycle Shop is one of Norwich's favourite drop-in bars for anything from a poached egg  brunch to an evening tapas and bottle of wine. I've been in several times, but until last night had never attended one of their musical events. It was nothing personal, but simply that I attend a lot of gigs on my own, and I was worried that the small intimate space downstairs might prove too awkward and difficult to blend into without appearing like a middle-aged Billy No-Mates.

I needn't have worried. The staff are all friendly and welcoming and, although the small amount of seating is taken up with couples and small groups, there are still enough people standing to not stand out like a sore thumb.

The artist that had finally broken down my reticence about showing my face was an upcoming singer-songwriter, originally from West Sussex, but now based in Gloucestershire - Hattie Briggs. Still only 21 years old and in her first year as a full-time musician since taking the decision to withdraw from her languages degree course at Oxford University, she is about to release 'Red and Gold', her debut album recorded at Monmow Valley Studios, and in March embarks on a national tour supporting Kathryn Roberts and Sean Lakeman. But she has already made somewhat of an impression, not only in her native Cotswolds, but nationally by way of the BBC Radio 2 Young Folk Awards, in which she made the final four last year, prompting enthusiastic praise from Simon Mayo and Mark Radcliffe, amongst others. 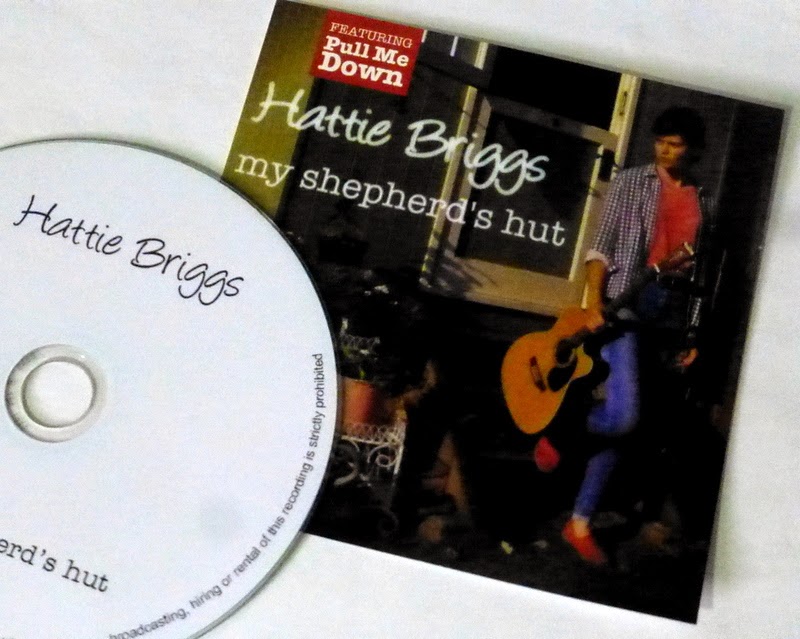 Judging by her set last night, accompanied only by cellist Asha McCarthy, she is a name that we will hear a lot more of this year. She possesses a voice of purity reminiscent of the great, late Eva Cassidy, yet with the contemporary lushness of Norah Jones and Katie Melua. Most of her songs are self-written, although she also interspersed her set with 'Sacred Heart' (a Civil Wars song with lyrics in French), Sting's 'Fields of Gold' and encored with Jacque Brel's 'Ne me Quitte Pas' (but with English lyrics).

She starts the evening on guitar, and, begins with 'Tilly's Song', the opening track from her EP 'My Shepherd's Hut', before introducing us to 'A Beautiful Mind' from the new album (a tribute to Pete Seeger) and 'Old Eyes' inspired by her dog Panda but with a rueful reflection on relationships in general. After the wistful 'Happy in Your Arms' and a fond farewell to her brother in 'God's Speed', she switches to piano and another two tracks from the EP, 'Still With Hope I See' and 'Share Your Heart'. 'All About Love' is a much more uplifting and optimistic ballad, which is then followed by her concluding number 'Pull Me Down'.

Apart from the clinking of glasses and the occasional ping of the till from behind the bar there was not a sound from the audience from start to finish save enthusiastic applause at the end of each number. A true English rose with a gorgeous voice and a maturity of songwriting that belies her tender years.