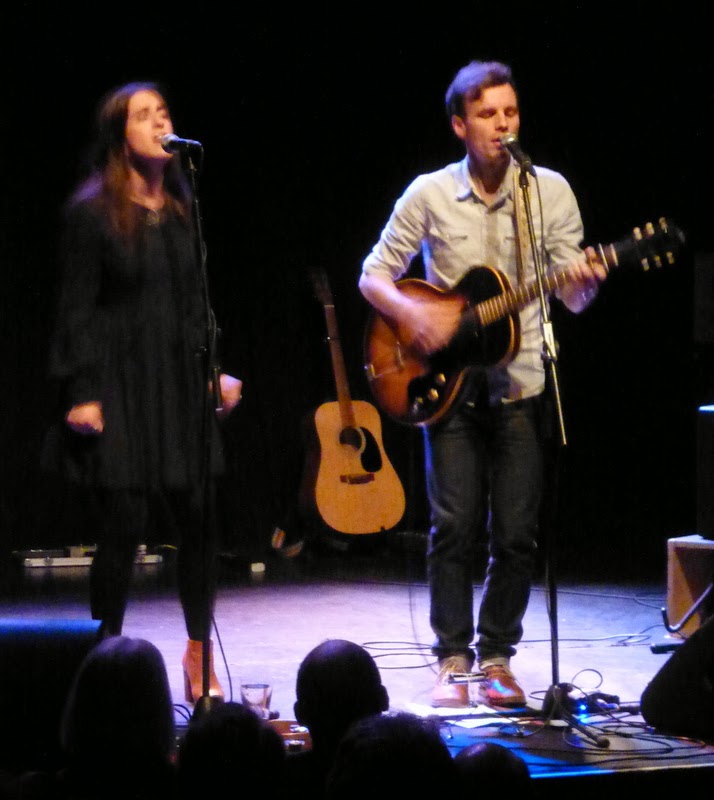 You only have to check out Blue House Music's website and Facebook pages to realise that their founder James Partidge cherishes a special relationship with his acts that extends beyond simply making money and arranging gigs. Wednesday night's show at Norwich Arts Centre was a case in point, an opportunity to see three of their featured artists, one that I had seen before locally, but also a brace of singer songwriting duos who, for me at least, were new kids on the Norwich block.
Raevennan Husbandes is a name already familiar to many of us in Norwich, especially since winning the Next Big Thing competition two years ago (previously won by a certain Ed Sheeran). Lewis & Leigh had been highly recommended to me by another local singer songwriter. But first up was a husband and wife duo from Gloucestershire, The Black Feathers. 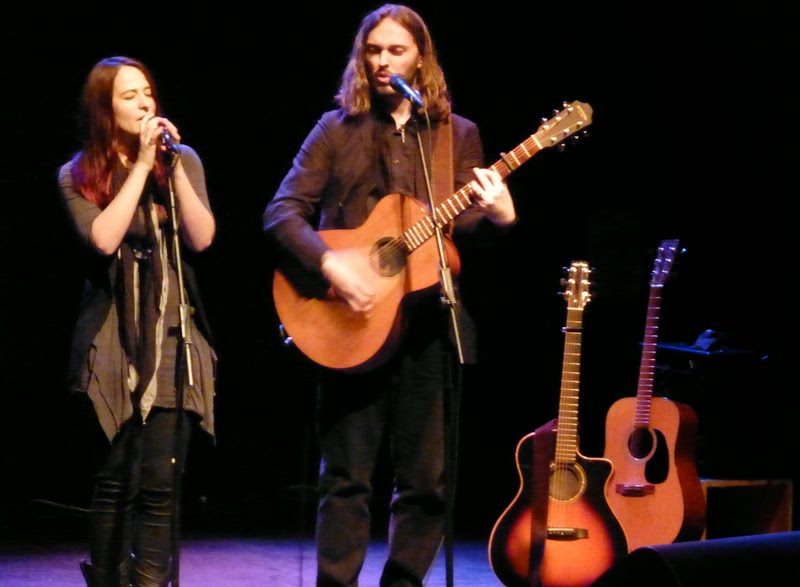 A lot of up and coming English writers will allude to both Americana and English folk influences, but not all will have visited, let alone toured America. The Black Feathers, having completed a seven week tour of the US last year, including a sold out gig at the Bluebird Cafe in Nashville, are already well-placed to give the current breed of nu-Nashville wannabes a run for their money, whilst still winning over traditional audiences raised on a diet of Dunford and Thatcher and Nick Drake.

With their perfectly paired voices, effortless delivery and laconic sense of humour, we are drawn into Sian Chandler and Ray Hughes' world as easily as we are enthralled by their unique re-working of Norman Greenbaum's 'Spirit in the Sky', complete with Addams Family 'finger clicks' at the end. Throughout the year we will be served up a fresh cover each month. The ball was set rolling in January with 'Sealed With a Kiss' the sixties tear-jerker immortalised by Brian Hyland (oh yes, and later re-visited by Jason Donovan). We are invited, via their Facebook page, to suggest other songs worthy of the Black Feather treatment. In the meantime we have their five track CD 'Strangers We Meet' to enjoy until they hopefully return to Norwich before too long. 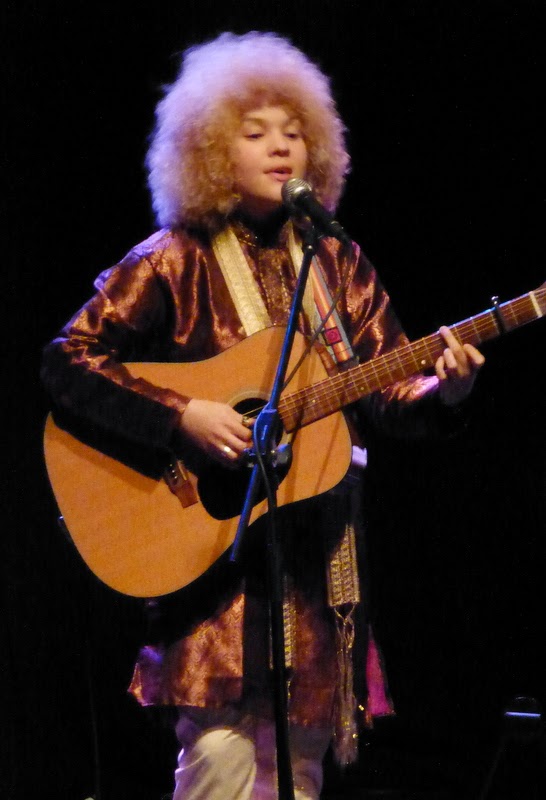 Sandwiched between two duos is our local girl  Raevennan Husbandes, who has brought along legendary pedal steel guitar player BJ Cole and cellist Simon Lewis, to add extra dimension to her beguiling guitar and angelic velvety vocals. Both musicians featured on her recent 'Box of Innocence' EP, but this was the first time that I had seen her play accompanied. Since I saw her at Bedfords in Norwich last year, and now based more permanently in London, she supported Sophie Ellis-Bextor, and is now touring alongside The Unthanks on their national tour. This may have explained the slightly stretched re-tuning sessions between numbers - blamed on having left some of her gear, including her tuner, on the tour bus ready for the next night's Norwich gig at Open. No need for awkward pauses with Raevennan, though. She is never ever stuck for a few words between songs! 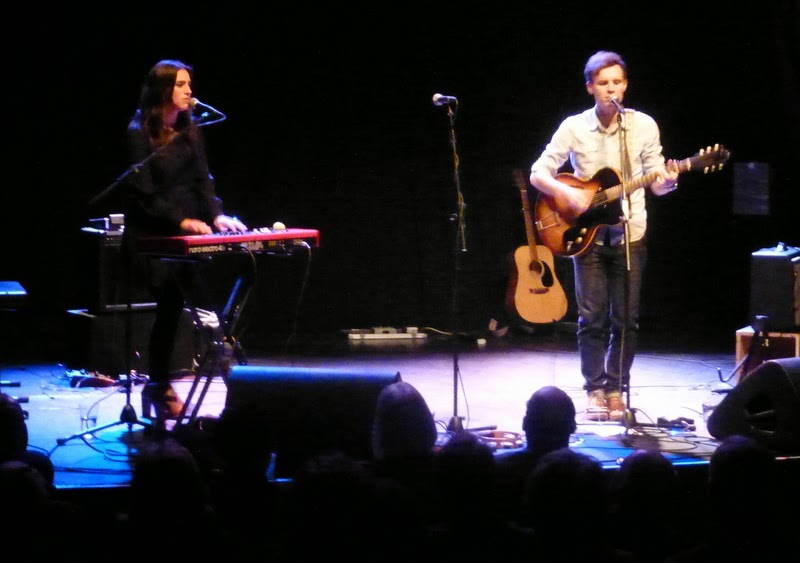 And so on Lewis and Leigh, the recommended act that had primarily brought me to tonight's gig. Al Lewis (guitar and vocals) is from North Wales, and Alva Leigh (keyboards and vocals) hails from from Mississippi. Alva moved to London in 2012, and whilst both had previously recorded solo albums in Nashville, it was in London last year that the two met and started writing and performing together. The collaboration has so far spawned a four-track EP, 'Night Drives', featuring three of their own compositions plus a cover of Wilco's 'Say You Miss Me'. It has also created a Lewis & Leigh sub-genre of country-folk, which they have light-heartedly labelled Celticana.

As they are both primarily solo artists, the songs are predictably either keyboards or guitar driven, but it is Al's eschewing of acoustic for electric guitar that contributes a less-is-more intensity to many of their numbers. It is this, together with the perfect match of the voices that sets this duo up as something rather special. Still in their collective infancy, but individually bringing enormous individual experience to the table, this is just the beginning of Celticana! Check them out individually, but be sure to catch them together.