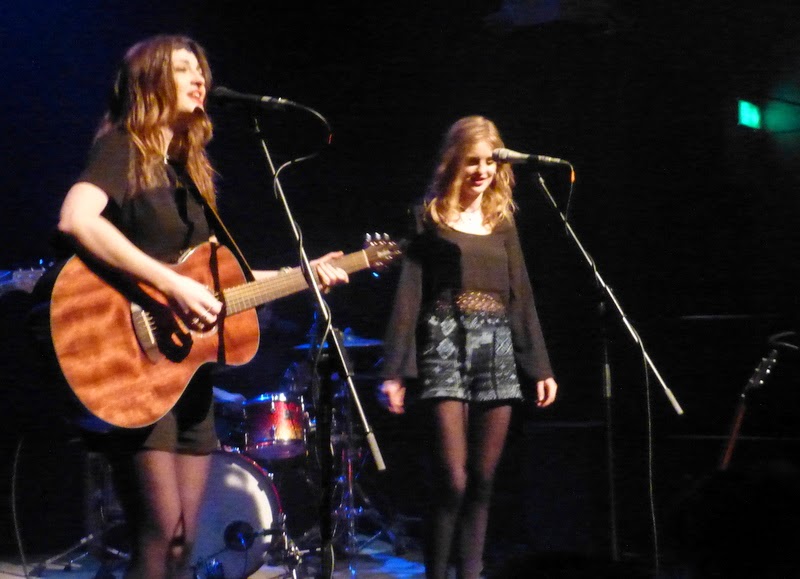 Everybody knows the global epicentre of country and western to be in Nashville, Tennessee. So when a home-grown artist appears on the Norwich Arts Centre schedule described as being 'on the threshold of becoming one of the first genuine major British Country acts' it is hard not to feel obliged to cut some dirt and mosey on down.

'Ward Thomas' are two 20 year old Hampshire twins, Catherine and Lizzy, who have been writing music since their school days. Luckily their teacher was able to introduce them to Nashville based producers Bobby Blazier and Chris Rodriguez and, after completing sixth-form, were able to fly out to Nashville to record some songs.

And so it is that they are currently touring to promote last year's album release, 'From Where We Stand', written entirely in the UK, but recorded in Nashville, the spiritual home of country music. 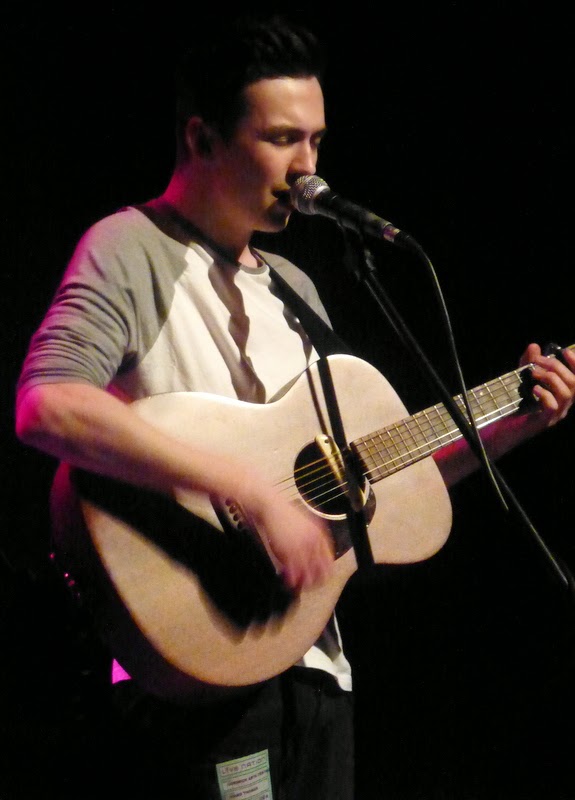 First on stage, and making a welcome return to Norwich Arts Centre, was Kings Lynn based singer songwriter Harry Seaton. I only saw him about three months ago, supporting James Veck-Gilodi, but he seems to have grown in maturity and confidence even in that short time. The addition of  kickdrum added punch to a couple of the more rhythmic tracks, but it is his ability to bare his soul through his gentler songs that is so captivating by a singer who first gained exposure from recording and uploading covers onto YouTube. Tonight's premiere of his new song 'Problems' was further evidence of Seaton's confessional style, and the continuous honing of his songwriting ability. 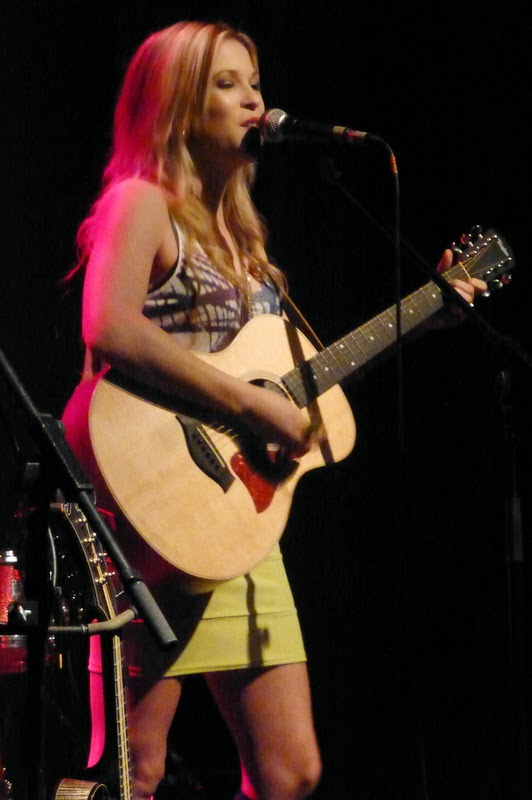 Jessica Ridley claims a Tennessee heritage, and it is true that she is currently based there, although she is originally from near Calgary in Canada. She began singing a mixture of country and pop for several years before entering, and winning, the ABC reality show 'The Big Time' in 2012.

First time for her in Norwich, and to her credit she correctly pronounced it without the 'w', her set consisted of tracks from her album 'Fit to Be Tied', as well as a call for audience participation in a song called 'One of These Days', in which we were encouraged to join in with a slightly complex non-vocal refrain. Like most of the people around me, that's what I did. I refrained.

With a voice not unlike Shania Twain, and accompanied on guitar by a bear of a man looking a bit like Rambo but without the camouflage or the warpaint (his name was Jimmy Herman), Ridley turned in an enthusiastic performance typical of visiting Americans, marred only slightly by an attempt to 'chug' £22 a month out of us in order to support some children's charity in exchange for a merchandise pack. 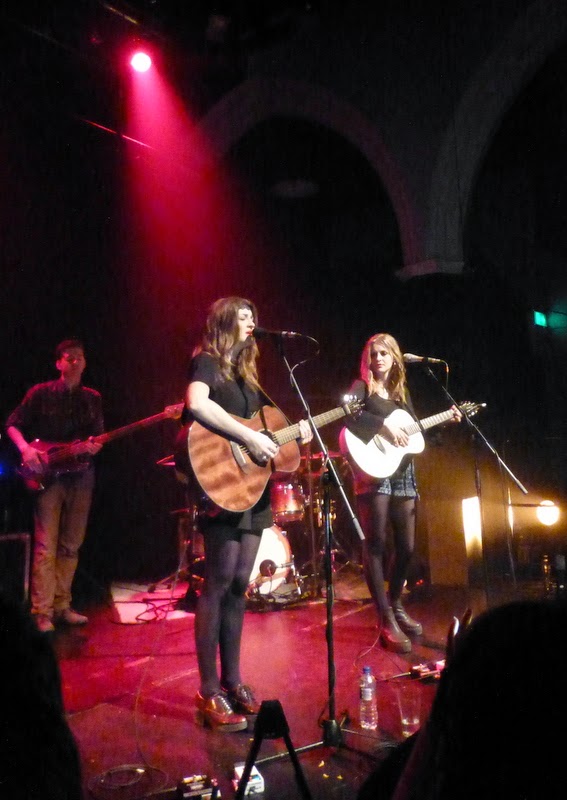 Ward Thomas take stage with a guitar, drum and bass backing band, and the first impression is of how young they look. Mind you, I have now reached an age where any artist younger than my own children catches me out. And this is not meant to be rude. It just beggars belief that such accomplished and harmonious singing can be produced by ones so vernal. I assume this is a consequence of the twins having grown up singing together. The Southern drawl obviously encouraged during the Nashville recording process is markedly less noticeable when performing live on an English stage. The influence of The Dixie Chicks style is evident, but not incongruous. Songs like 'Who We Are', a retrospective tribute to their mother, positively demands a Hampshire accent (is there such a thing?), whilst the tragic 'Take That Train' has the elements of a traditional lament.

A cover of Hozier's 'Take Me To Church' doesn't quite work for me - it isn't really suitable for the C&W treatment, but a version of Michael Jackson's 'Man in the Mirror' adds a whole new dimension and swings like a good 'un.

'The Deer Hunter', Jimmy Herman, is brought back on stage for the last segment of the set, and the pace really racks up a notch as they launch into 'Push The Stride', followed by the wonderfully quirky 'Town Called Ugley'. A real-life village in Essex, which blonde twin Lizzy initially declared to be just a few miles from Norwich, the song was written after they got lost in their car and ended up outside a village hall with a sign for the 'Ugley Women's Institute' ( which has apparently since been renamed 'The Women's Institute of Ugley'). 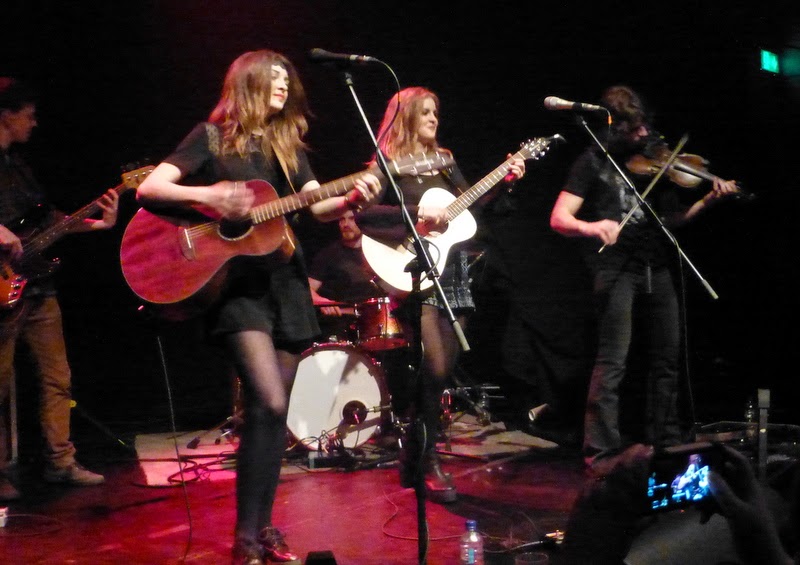 A rousing encore of Neil Diamond's 'Sweet Caroline' brought the evening's sold-out performance to a climactic end, together with a massive audience sing-a-long to the chorus, For someone who has never professed to be a fan of country music, I leave having enjoyed my best C&W evening in a long while. 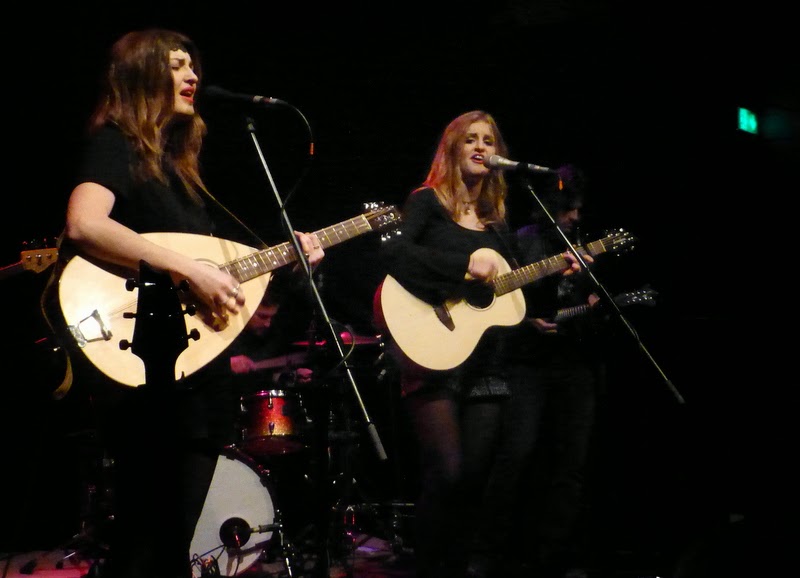