Another Pony Up Ride along to the Menace Beach

The lucky folk of Norwich did not have to wait long for the next Pony Up posse to turn up
at Norwich Arts Centre. A mere two weeks after handing over our three squids to rip it up with 'PopOp', we are back for another pound-an-act helping of what's hip and happening. 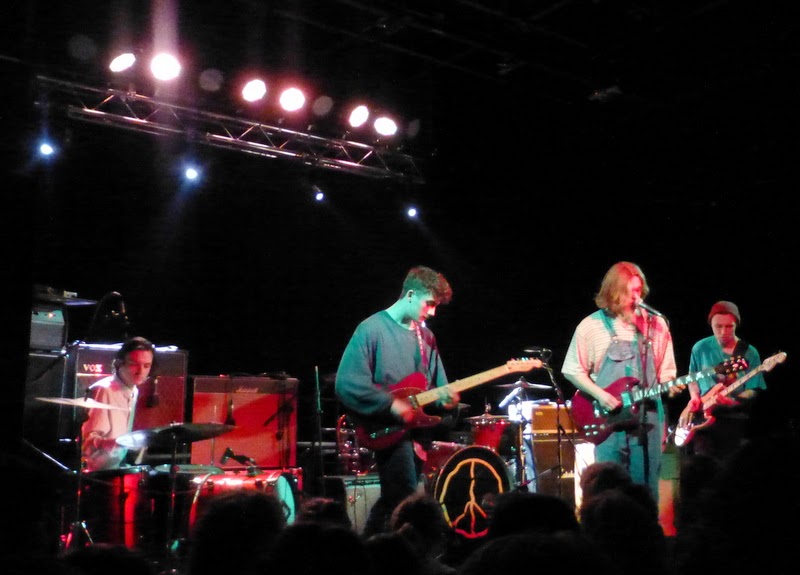 First up tonight, all the way from the Suffolk coast were psychedelic surf-rockers 'Teen Brains', fuzzy guitars and dreamy pop songs that positively waft of California (the American one, not the caravans north of Hemsby). With  their debut EP imminent, we could well be flicking the sand out of our O'Neills to 'Flume' and 'Annabel' on the way back from the dunes this summer. 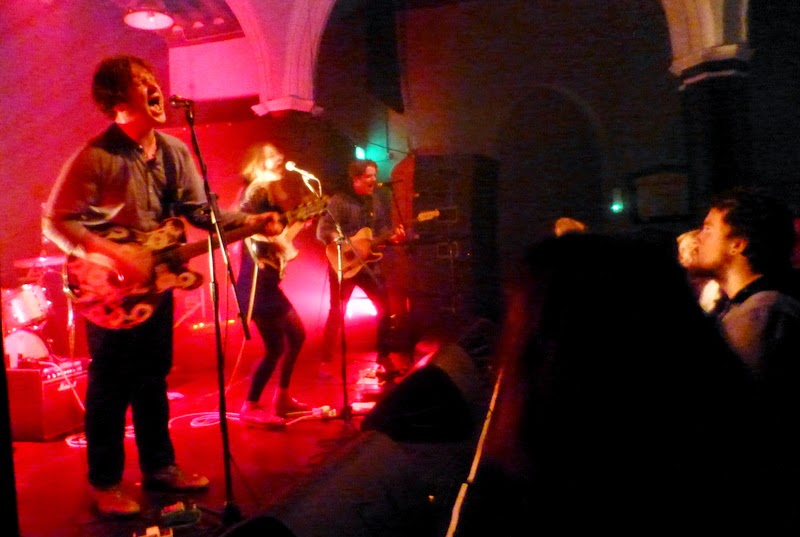 A new name to most of us, including themselves, is 'SuperGlu'. Having evolved out of 'Ben Club', a Manningtree duo consisting of Ben Brown (of Dingus khan) and Ben Ward, and having progressed through several name changes that even their record label Antigen called 'rubbish', they have since added guitarist Alex Brown and bass player Krista Lynch to the lineup, and come up with an energetic punk-pop sound that really smacks. 'Diving Bell' and 'Latvian' are just two examples of their garage guitar-driven tunes that smashed it with tonight's Norwich audience. Ben's energy is infectious, as his voice rises with and then surges above Krista's, at times reminiscent of early Pixies, powerful songs and lingering choruses. Love them. Do I have the nerve to say it, 'Let's hope the new name sticks' ?. 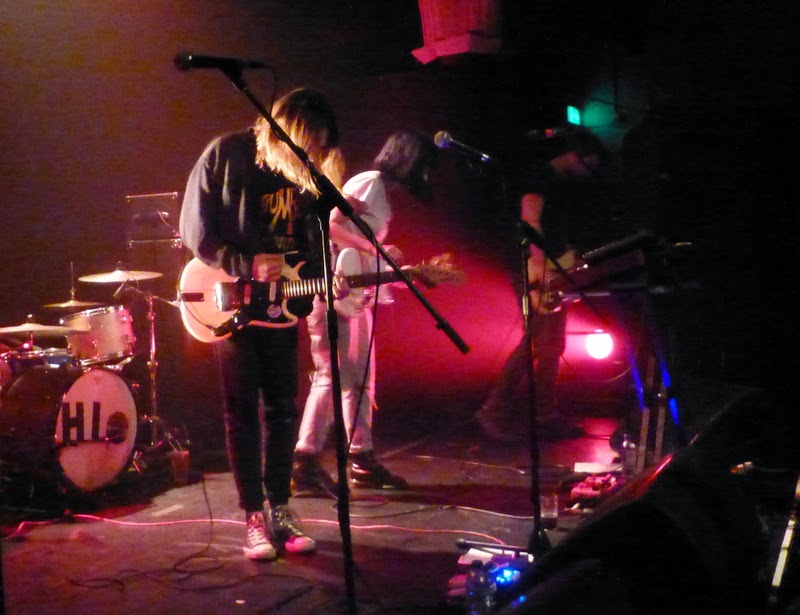 Headlining tonight, and hot as hell since the release of  debut album 'Ratworld', come Leeds based duo 'Menace Beach'. Yes,if you are old enough to have grown up in the nineties, you remember right. This was a great game on the Nintendo NES. Now it is Ryan Needham and Liza Violet, at the core of what could loosely be called a supergroup, with contributions from the likes of Paul Draper (Mansun), Robert Lee (Pulled Apart By Horses) and Nestor Matthews (Sky Larkin). Needham and Violet share vocal duties, but whilst Needham strides back and forth with blonde hair flailing, Violet keeps a more restrained hold on proceedings, stepping forward only to supply keyboard duties. Menace Beach may have been a long while coming, but now that they are here they seem to mean business. Strongly influenced by the decade of shoegazing, grunge and Britpop, they are determined to put their own twist into the nineties revivalism.  Certainly the floor soon becomes a mass of writhing bodies and punching arms, and only recedes at the end of the set. No encore, but another reassuring performance for anyone worried about the future of  guitar bands. 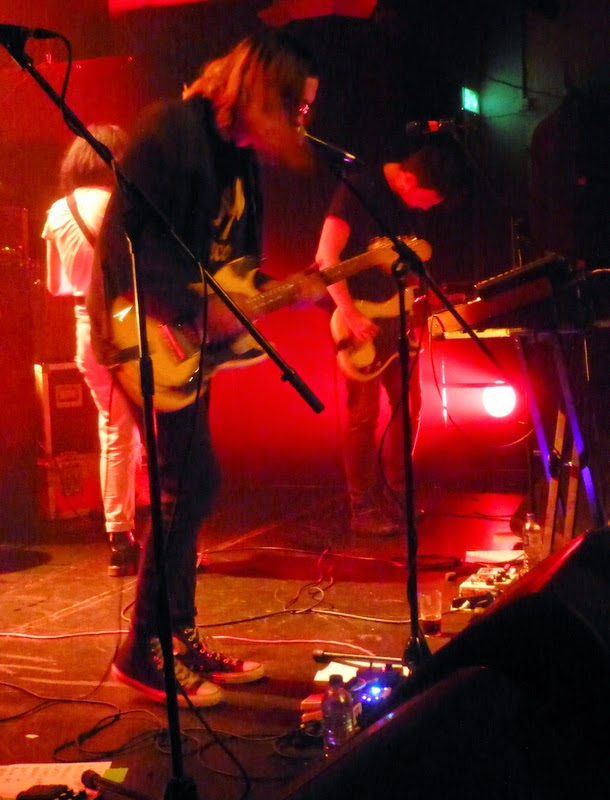