She Makes War in the Basement of Open 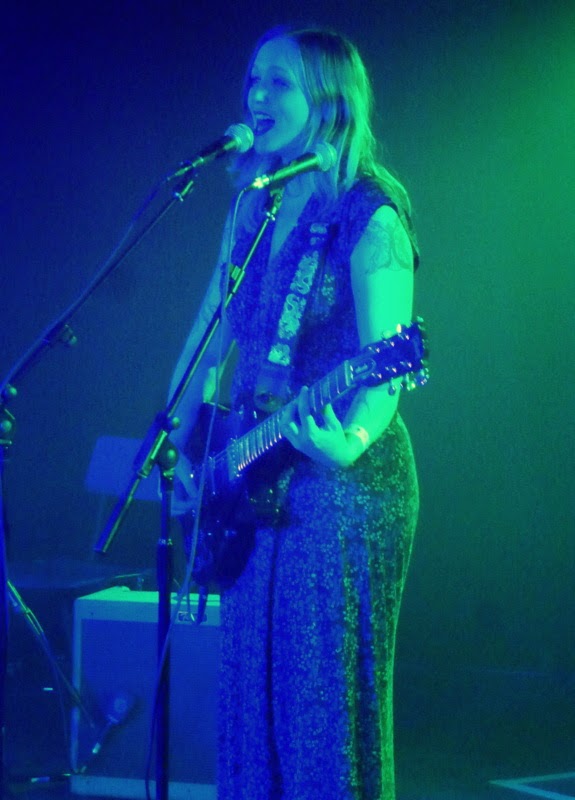 Downstairs at Open in Norwich was the destination last night for fans of Bristol-based self-proclaimed 'gloom-popper' Laura Kidd, AKA 'She Makes War'. Those lucky enough to have been at Voewood Festival in Holt last Summer may have seen her supporting Midge Ure, or if you were at the UEA in November for The Levellers, you would have seen her then. I was on volunteer merchandise duty at Voewood, where her CD's outsold Midge Ure's by five to one - a new name to some of the literary audience present, but she certainly made an impression. Her third album is currently being mixed by Dan Austin prior to release, and has been funded by her fans largely through Pledge Music. Some of those fans were here tonight.

The club bar at Open is a comfortable, more intimate space than the imposing former banking hall upstairs, and has a well-equipped stage area bathed in alternating waves of red, blue and green lights. Having missed the eclipse in Norwich earlier in the week due to cloud cover, and not being far enough North to enjoy the Aurora Borealis, this seems like the next best place to be. 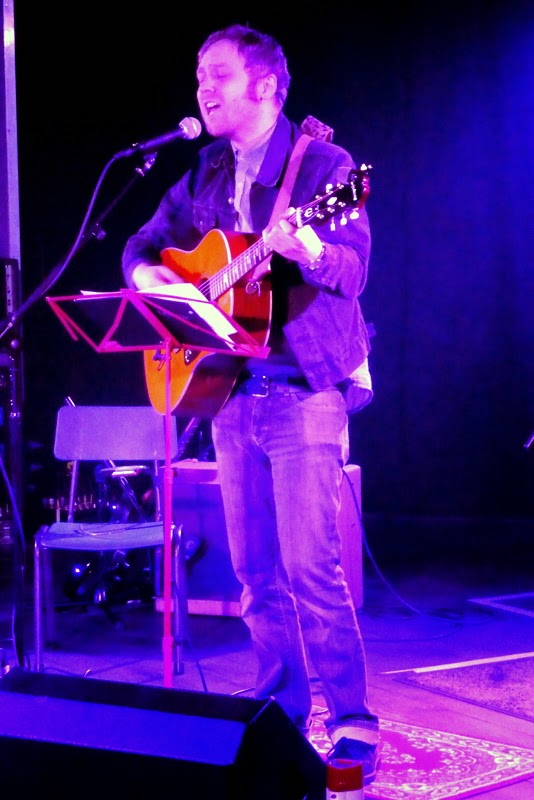 First on stage with his guitar, harmonica and 'school chair' was local singer songwriter Chad Mason. Having missed out on chances to see him at Norwich Sound and Vision last year, and more recently at Dirty Stop Outs at The Murderers, it was a bonus to finally get to witness him 'open at Open'. As well as a repertoire of contemporary songs to deliver (think of a modern day Ralph McTell), Chad has a distinctive way of interacting with his audience - part Ross Noble, part Rik Mayall, his self-deprecation is matched only by his quick repartee. It is not surprising to find his album is entitled 'The Meandering Mind of Chad Mason', and that his new single is 'Procrastination Day'. 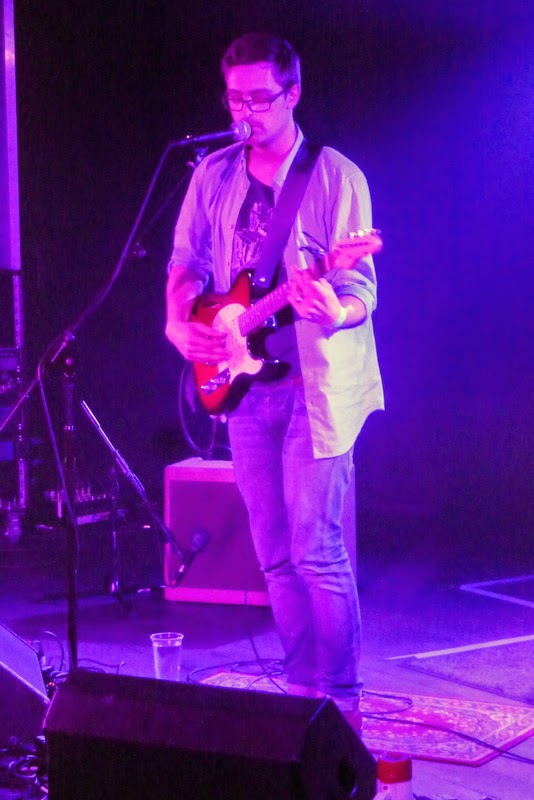 To be totally honest, I could not get into the next support quite as easily. Hailing from Derby, and performing under the moniker of 'Yakobo', James Currey is obviously a talented musician. Checking out his website reveals that he has composed the soundtrack to the recent X-Box One game 'Pneuma - Breath of Life', very different from his indie-folk songs performed tonight. I just found the urgency of some of his guitar playing, and the plaintiveness of the vocals not to my palette. 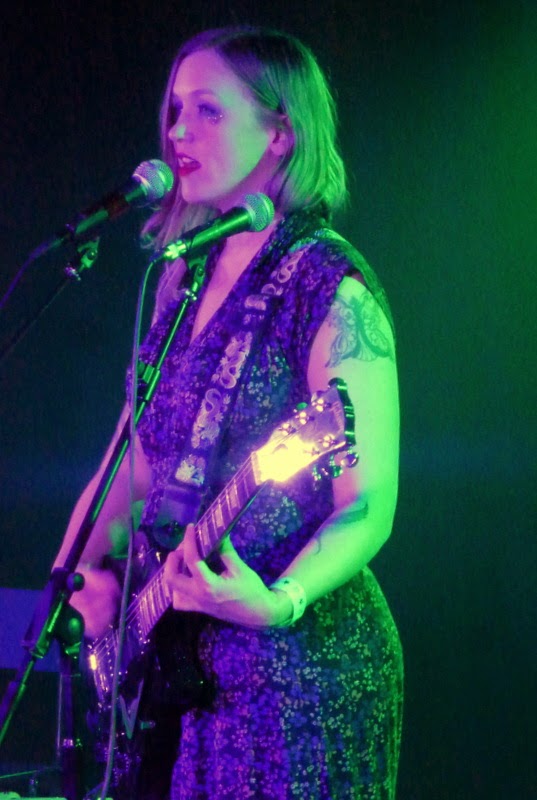 Laura Kidd (AKA 'She Makes War')

So, as the lights turn to green to welcome Laura Kidd on stage, we start a journey through her world of troubled relationships, family interaction, and observations on technology and life. Her endearing honesty in recalling past events is sometimes tempered with a considered request for us not to share on social media. In between, the songs, a pot pourri of reminders from her first two albums 'Disarm' and 'Little Battles' mixed in with the newer numbers almost ready for release on 'Direction of Travel', remind us of what a musical talent she is.

Performing with only a guitar and ukulele, many of the songs are built through a progression of looping, with vocals sometimes given the same treatment. Whilst not a new technique, few manage it without the cacophonous climax. Laura, though, always manages to construct a web of melody and rhythm, and the vocal build with celestial beauty. On 'Delete', she even attaches a foot tambourine before leaving the stage with megaphone to continue building the song as she wanders amongst the audience.

There is a passion with 'She Makes War' that combats so much of the cynicism we see in today's music scene. Laura connects with her audience, and the relationship is furthered and encouraged through the pledging model. Her interest in us feeds the continued support from ourselves, without the need of an X-Factor or major label to interfere and spoil that relationship.

We are promised a return visit in the Autumn, after the release of 'Direction of Travel'. In the meantime, there is the prospect of a return to the Edinburgh Fringe with a new show, "Shit Girlfriend". Whilst she is quick to point out that she is not a comedienne, and most of her songs are pretty bleak and doom-laden, she is actually very entertaining, and many of her observations are, by nature 'comedie-noir'.

Good luck, Laura, and we will see you in the Autumn. 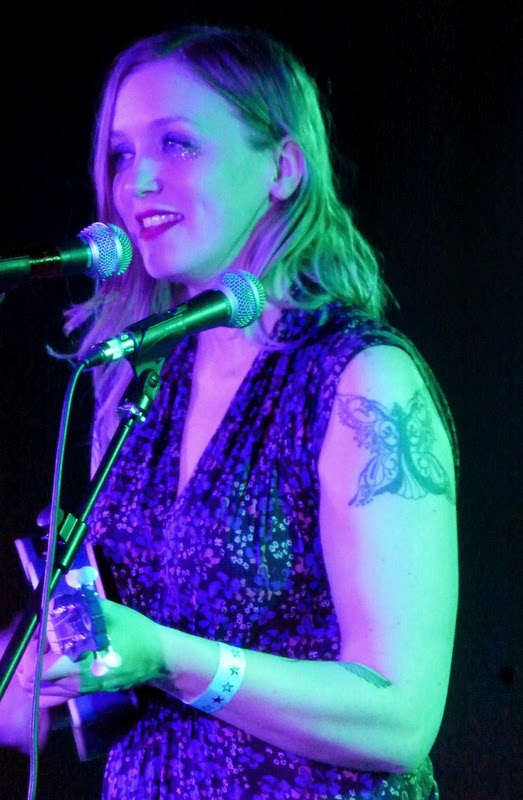 Chad Mason (watch out, there are two!) has a website HERE

You can find out more about Yakobo HERE

'She Makes War' has a website, and links to make a pledge HERE
Posted by auckers at 05:44