Nice One Natty! - A Little Touch of Notting Hill Comes to Norwich 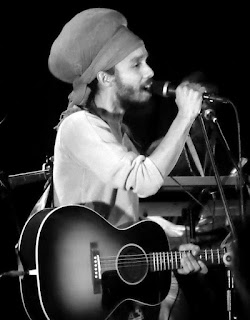 There's an odd thing about the Norfolk music scene, and I need someone to at some point explain it to me. In spite of having one of the least multi-cultural demographs in the entire country, and a reputation for being a bunch of tractor-driving inbreds, ska and reggae music is hugely popular in the county. Whether it be our own home-grown bands like Killamonjambo and Dumbfoundus, or visiting acts like The Wailers, UB40 and, more recently, Nubiyan Twist, if there's one gig likely to sell out in Norwich it will be the reggae or roots bill.

Somebody once told me that it all goes back to the days of the Foundation Sound in West Runton in the late 70's, later transferring to Norwich via Anglia Square, but I know that Great Yarmouth also had a vibrant ska scene and welcomed UK acts like Madness and Bad Manners to the seafront in the 80's and 90's. As a teenager growing up in neighbouring Lowestoft in the early 70s  I remember several of my Levi Sta-Pres, Brutus and Doc Martin wearing friends encouraging me to listen to anything and everything released on the legendary Trojan label.

Either way, Californian born but North London bred musician Natty (or Alexander Akiloe Philip Modiano to give him his real name) is going to be well happy that tonight's visit to Norwich Arts Centre has sold out, especially immediately before visits to the more ethnically diverse Bristol, Nottingham and London. That's right boy. Narr-wich is ready to skank.

But first up, starting her support slot to a mere handful of the audience present, but fresh from her well-deserved third place in this year's Next Big Thing competition, is Norwich's own Maya Law. From the roller-coaster ride of the finals at Open to the coalface of playing the gigging circuit, this is unfortunately the reality of plying your trade as support act to the big names. You are the warm-up, filling in time whilst the audience arrives and tanks up in the bar before coming through for the headliner.

I am pleased to report, though, that by the time she finishes her set the auditorium has filled up considerably, and she gets an enthusiastic and appreciative round of applause. It's not the best set she's turned in, but the experience will do wonders for her confidence.

Natty is preceded onto the stage by his four-piece band, who immediately strike up a laid-back rootsy groove. Natty himself is a diminutive but smiling figure in patterned baggy trackies and pastel top, with his dreadlocks neatly contained within a blue turban-styled headscarf. It is not long before the audience comes alive, singing back every word of his biggest hit from 2008, the beguiling 'Bedroom Eyes'. I'm not sure what he was expecting from a Norfolk crowd, but he seems genuinely taken aback by the reception, and by the fact that we haven't forgotten about him during the seven year wait for the follow-up to the debut album 'Man Like I'.

The rest of the set features tracks from the new album 'Release The Fear' - the likes of 'Street Lights', 'Stand Up In Love' and the new single 'I'm Alive', as well as older favourites like 'July' and 'Afrika'. It's a real mixture of ages in the audience, right down to a little lad in ear defenders, who can't be much more than three years old, right up at the front with his mum. The atmosphere is probably the nearest we will ever get to Notting Hill Carnival in St Benedicts Street, although still probably seems quite surreal for Natty and the band.

By the time the set ends it is already ten past eleven, and there is no encore, but quite clearly a dose of sunshine has been administered in Norwich tonight. Nice one, Natty.

As we say in Norfolk. 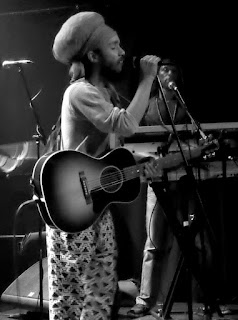 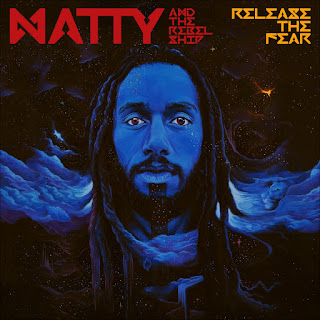