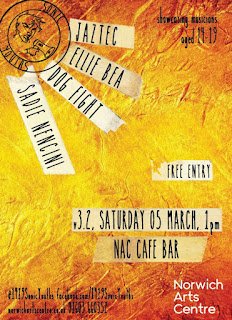 It was a long, but extremely pleasant way to spend a Saturday. Whilst friends were getting up early to catch the coach to Swansea, I had a nice leisurely start, with fresh coffee and bagels, then jumped onto my scooter for the quick flit through city centre traffic to my favourite parking spot just outside The Forum. Whilst the Norwich City faithful were still on the outskirts of Swansea contemplating the destiny of eleven men in green and yellow I was perched on a stool in the café/bar of Norwich Arts Centre, supping a pint of Lacons Falcon and awaiting the first of eleven musical acts - four at the lunchtime showcase organised by Sonic Youths, then a short break before watching seven finalists decide the outcome of this year's Next Big Thing final at Open's magnificent banking hall in the evening. Certainly a day of two halves, and no need for any jokes about getting two whales in a car.

Sonic Youths opens with Ellie Bea, a confident young singer-songwriter and keyboard player who started performing with the Norfolk Youth Music Theatre, aged just eight. Her voice is technically good, and her theatrical training has taught her how to stand, and how to hold the microphone exactly right. She now writes her own songs, and it is during the introduction to one of these that we learn her back story and history of  bullying. She and her mother have since started an anti-bullying charity 'GR8 AS U R', and very good luck to them. However, from that point I became worried that her set became a little too evangelical. All credit to her new-found confidence, but it contrived to make her stage persona less natural, and lacked warmth and informality. 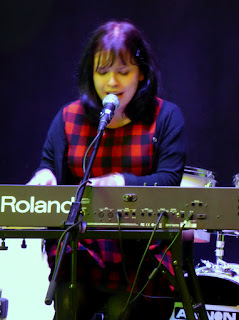 Two-man Dog Fight were next, Callum Grainger on guitar together with Reuben Cocksedge on drums. It's a frequently encountered line-up combination at the moment, but Dog Fight add an unusual twist by incorporating both rock and the blues to produce a sound that sets them apart from other up-and-coming guitar-drum duos. The rock is competent, but is the lazy Delta authenticity of Callum's guitar work that really impresses, and is so rarely encountered with acts this young. 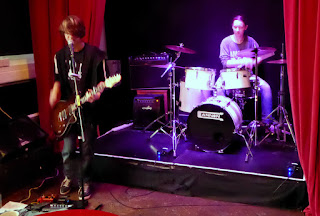 Sadie Nencini is still only 15 years old, and comes to Sonic Youths via The Garage in Norwich. Some of her self-penned songs are so new that she hasn't even got around to titling them. She is extremely nervous, despite massive support from friends and fellow students in attendance, and this unfortunately affects both the consistency of her voice and her ability to look directly out to her audience. It is a shame, because a couple of the songs have real potential. 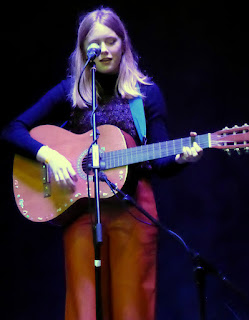 Last up is JazTec, a collaborative project between Lobster front-man Dominic Trevor and beatmaker Alex Guy. This is a live debut for the two, and the combination of ambient electronica and live saxophone is sounding good until a few technical gremlins start to manifest themselves. To be honest, it is the boys' frazzled expressions that give the game away - what we are actually hearing is really quite good. 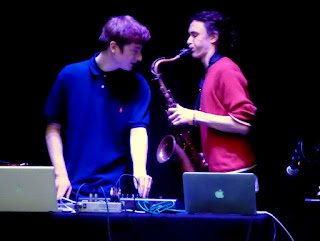 And so on to Open for the final of this year's Next Big Thing competition, sponsored by Outline Magazine and Future Radio, and with a cash prize of £500 for the winner from Access to Music.

By now we know that Norwich City are coming back from South Wales without any points having lost 0-1 to Swansea City, but at least we can rest assured that we are guaranteed one local winner tonight at Open.

All seven finalists have performed already during the semi-finals held in February in the club bar at Open, a much smaller and less intimidating venue than tonight's vast banking hall. It is not therefore necessary to re-hash my previous notes on the musical style and content of each act, or to muse over those not lucky to have made it through to the final. For my comments on each of the 14 semi finalists, go to http://angliasquared.blogspot.co.uk/2016/02/next-big-thing-2016.html for a reminder.

The running order is decided by a draw, a bit like the Eurovision Song Contest, with the poisoned chalice of pole position being given to Lobster. The advantage of going first is that you are probably playing to the largest audience - although tonight's crowd are more likely to stay all night and hear the final result. The disadvantage is obviously that you have to storm it as an opener in order to keep uppermost in the judges' mindset.

The size of the stage can be intimidating for those used to performing in pubs and clubs. Some, like the nine members of Lobster, fill the space comfortably, even using the extra space to throw in a few choreographed turns and dance steps (although they are not yet in the same league as Earth, Wind and Fire). Others, like Real Life Charm, can spread their percussionists and keyboard players a bit further apart. Dazy Crown and Savage Island both use the extra space to throw a bit more energy and physicality into their performance than was possible in the semi-finals.

The acts most likely to find the size of the hall daunting are the solo artists, and Clyde Automaton is one who possibly does not perform as well as previously. Singer-songwriter Maya Law looks amazing with the atmospheric back-lighting, but is once again in danger of letting a fit of the giggles de-rail her, and the sound engineers have added a little too much reverb and echo to her voice (which she doesn't need). Catnip and Claws actually looks more comfortable on the larger stage - possibly we are more engaged with the impressive visuals on the large screen and are therefore sparing her from the direct glare of several hundred pairs of eyes fixed on her and her two laptops.

The judges, who include singer-songwriter Beth Orton, retire to consider their verdict, whilst we watch a video presentation on what last year's winner, Harry Edwards, has been up to over the last twelve months. It certainly highlights just how much contribution to the music industry is made by electonic artists like Harry, who do not necessarily conform to everyone's pre-conceived ideas of how an electronic musician works and performs.

After the period of deliberation tonight's compere Robbie Powell welcomes Future Radio's Kate Roma onto the stage to announce the winner.  Maya Law is awarded a well-deserved third place, the highly regarded Real Life Charm take second place, and the winner is announced as female electronic artist Catnip and Claws. I must admit, she won me over tonight, and her victory was well-deserved, although she herself seems surprised and overwhelmed. She has already packed all her equipment up, having not expected to be invited back to perform a reprise as the evening's eventual winner.

She is awarded the prize, a cheque for £500 provided by Access to Music, and seems genuinely delighted to have won. Bravo to her. In becoming 2016's Next Big Thing she is pushing boundaries and proving that electronic music, and in particular female composers, can and will continue to put Norfolk on the contemporary musical map. 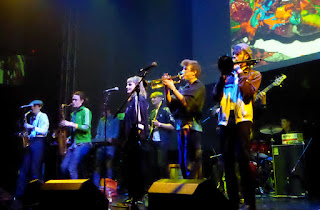 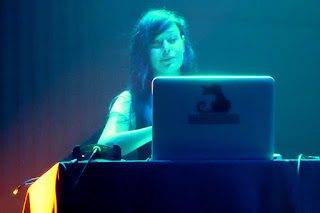 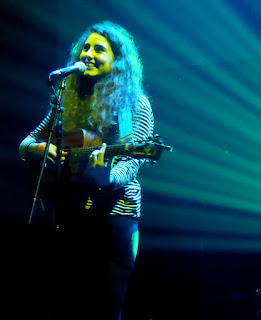 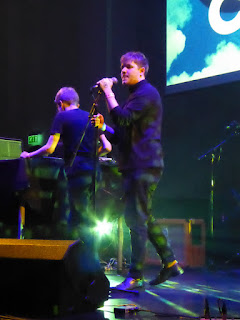 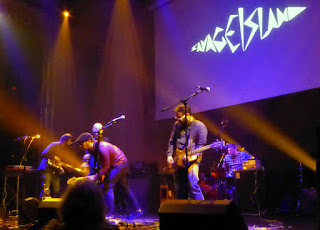 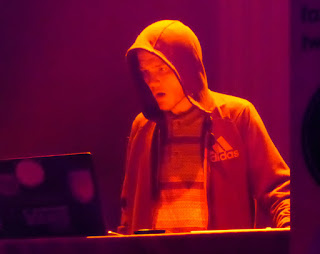 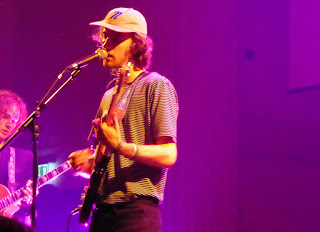 And, as I made my way back home through Trowse at about 11.30pm , the football coaches were just peeling off the Southern by-pass and returning to Carrow Road. I felt like shouting out, "I'll bet I've had a better day than you!"