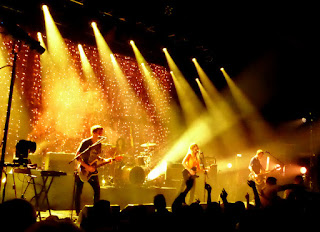 It's hard to believe, but it's almost fifteen months since I last attended a concert at the University of East Anglia's Lower Common Room (LCR), and that was for Submotion Orchestra. This is a venue that has soundtracked my entire musical life, from the prog-rock of Caravan, the ambience of Tangerine Dream and the folk of Steeleye Span n the seventies, through the alternative comedy of Ben Elton in the eighties, and the Brit Pop and Indie of the nineties and noughties. Nick Raines and his team brought to Norwich some of the biggest bands of the day, and the annual NME Awards Tour was always must-see date in the calendar, whatever it took to secure a ticket.

Now I'm not going to say that the LCR is no longer capable of punching above its weight, but these days with franchised chains of venues like the O2's mopping up entire tour schedules, and arenas creating demand for aircraft hanger performances, contriving spectacular stage designs and light shows to lull us into false appreciation for our inflated ticket prices, it cannot be easy being a student venue. Thank god that the UEA Students Union still has the flexibility of the Waterfront and Waterfront Studio to at least maintain the flow of new music in lower-capacity venues through this fine city. Unfortunately it does now mean that the LCR has tended to become a destination for dinosaurs, dance acts, and club nights. Even the NME (now a shitty giveaway rather than a serious mirror of musical tastes) doesn't even come any closer than Cambridge.

But I digress. I am back tonight to see a band who have become the darlings of teenage indie-kids over the last couple of years, Wolf Alice. Funnily enough, it was at this very venue that I saw them perform a disastrous set supporting The 1975 back in February 2014. After about three songs, a guitar packed up leaving Ellie Rowsell without an instrument, but free to leave the stage and provide vocals from the floor. Bass player Theo walked off stage apologising for 'being shit', but their attitude and swagger stayed with me. Let's hope they can exorcise those ghosts tonight.

First up are the intriguingly-named Bloody Knees. Reassuringly British in their looks and demeanour, they are a band that have been dipped into a packet of Grunge and emerged with a faint aroma of teen spirit. They have healthy skin, long-flowing locks that have been shampooed as well as conditioned, and jeans and t-shirts that have been laundered with care. If they ever did have a bloody knee, I'm sure that Mother and a Band-Aid would never be that far away. They are way too lightweight for Reading or Download, but heavy enough to frighten the picnicking families from setting up camp within the marquees at Latitude. 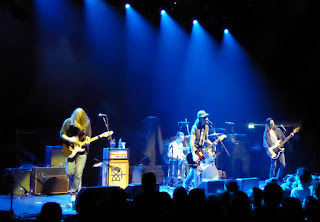 Crows, however, have a much meaner and darker agenda, and produce a swirling cloud of guitar and distorted vocals that is genuinely hypnotic. If Bloody Knees were a bowl of musical granola, then these guys are the over-salty porridge that Goldilocks would be well advised to leave on the table. Front-man and vocalist James Cox grapples alternately with two microphones (and sometimes both at once, like a pair of sonic Nordic poles) and pumps out lyrics that may be sparse on  melody but twist and contort in a monkey-man manner reminiscent of  Ian Brown. These are a band that really can expect to take a place on the bloodline of  corvine legends that goes back to Maggie Bell's Stone the Crows, and includes The Black Crowes and Counting Crows (but probably doesn't include carrion crooner Sheryl). 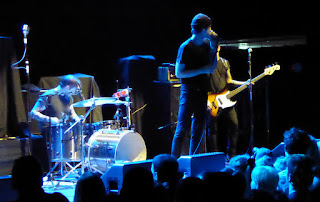 Wolf Alice take to a darkened stage, with guitarist Joff Oddie leading the intro astride a monitor at the front of the stage, before unleashing into Your Loves Whore. The stage lighting rig is modest, and there's a twinkling backdrop derived from the album cover of Your Love Is Cool. We seem to alternate between the cool of misty greens and the warm glow of incandescence, the latter melding with the orange t-shirt and black jeans of vocalist Ellie. The set runs through the by now familiar tracklist from the album, with a couple of numbers from the earlier EP's thrown in as well. In fact, the only track from My Love Is Cool which I don't remember hearing is Soapy Water. 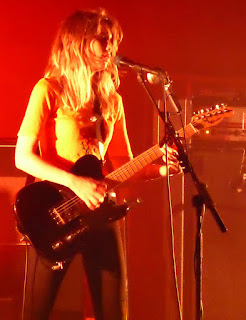 The predominantly young crowd are in second heaven, surging and forming mosh circles when not waving arms in massed adoration. From my position of sanctuary adjacent to a pillar at the top of the steps (there's no way I want to be accidentally targeted as a suspected sad-act gig-groper), one thought keeps coming back to me. This is all lovely, and I'm glad all the instruments are working, and everyone's having a ball, but where are the new songs? I appreciate that life has been one frenzied whirlwind of promotion and accolades since the album was released, but it would have been nice to have been given some clues as to which direction the band sees themselves headed next. 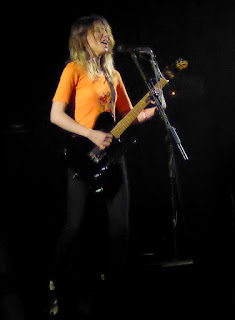 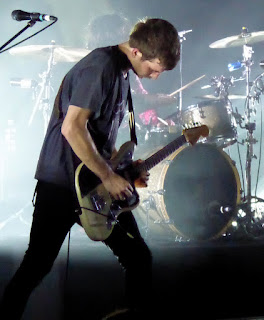 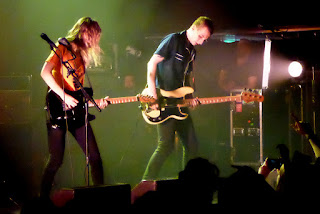 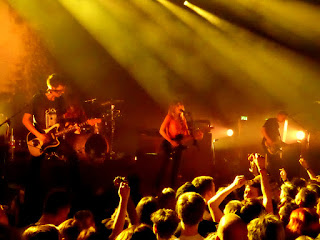 After the formula encore of Turn to Dust, Blush, and Giant Peach, the house lights come on, and I make my way out of the LCR wondering if mine is the only love that has cooled slightly. They were good, they still are good, but where do we go from here? 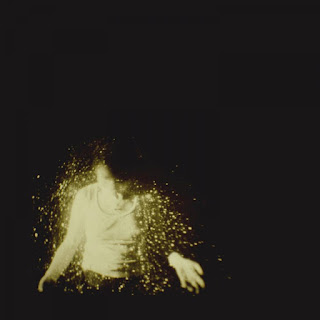