...and Our First 2015 Mercury Music Prize Nominee is SOAK. 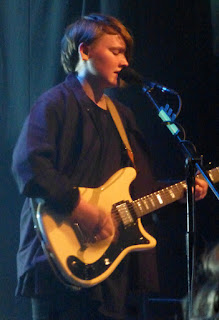 Bridie Monds-Watson, from Derry in Northern Ireland, is still only 19 years old, but has been playing and singing since she was thirteen. Whilst her school friends were studying for GCSE's she was already gigging. By the time were taking A-levels and preparing for university it began to finally appear that, as SOAK., she was going to be recognised for her songwriting and set on a path for stardom. Her song 'B A NoBody' epitomised the frustration she must have felt during those early days, seemingly left behind as everyone else moved on.

Now it is all taking off. After appearing at two Radio 1 Big Weekends (including this year's here in Norwich), slots at Glastonbury, a European tour, and now her debut album, 'Before We Forgot How to Dream' being nominated for the 2015 Mercury Music Prize, SOAK. is appearing at Norwich Arts Centre, 'NME Best Small Music Venue'. After admitting that the Big Weekend gig was truly terrifying, she seems genuinely comforted to be back playing to 290 people. 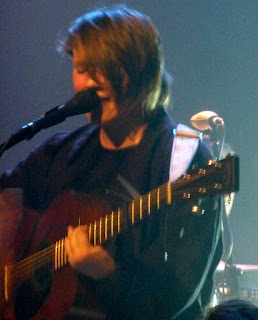 Up until now, it has been SOAK. the solo singer and guitarist that has always performed live. Now, accompanied by drummer and bass/keyboards it is SOAK. the band, and in some ways now able to reproduce more closely the recorded versions of the songs off the album. However, for the first two numbers, including the opener 'Shuvels', it is Bridie and her guitar alone on stage. Only once we reach the first single 'Blud' does the band appear, and subsequently flesh out the sound.

Bridie herself is still fairly introverted and modest on stage, probably the exact opposite of the lively teenager that we hear about from the skateparks of Derry, but when asked how she is, admits to being '50:50'. It appears that whilst she was aping about on the tour bus earlier in the day, she ripped open her ear lobe during a fall (her trademark tunnel plug is masked by surgical tape). Not quite the sensible adult yet, then.

There are a couple of new songs, but the majority are off the album, finishing with a climactic version of 'Oh Brother' with screeching guitar and pounding drums. The encore is introduced as 'I Can't Make You Love Me', but is not credited to its composer Bonnie Rait. Similarly, I don't remember the band or the support act getting a credit either. Most probably a memory lapse rather than overt teenage pre-occupation.

Support comes from the lovely Rozi Plain, who I last saw performing at the Arts Centre alongside Kate Stables as part of 'This Is The Kit'. Tonight she is accompanied on banjo by Rachel Dadd, and the interplay of voices and mix of acoustic banjo with electric guitar is mesmerising. Rozi's voice has a slightly kooky but distinctly folky flavour - those old enough to remember Noosha Fox from the seventies might know what I mean. Having just flown in from a gig in Berlin the night before, and catching a train immediately after tonight's performance back to London for tomorrow's show at Union Chapel, Islington this visit may be brief, but gets a huge reaction. Highlights include 'Actually' (off the new album 'Friend') and the recent single 'Jogalong'. 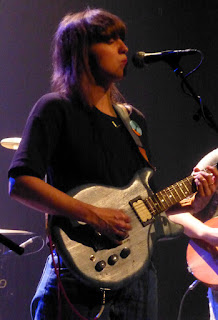 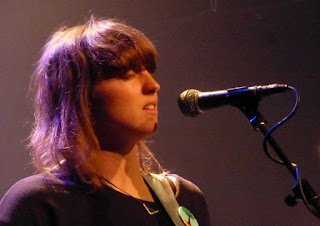 Just a quick comment about the sound tonight. The mixing for Rozi's set (handled by Norwich Arts Centre's resident tech team) was absolutely spot on. However, several people leaving the show after SOAK.'s set were complaining about the volume, and the distortion of the vocals, during certain sections. I appreciate that SOAK. may have preferred to have her own team handling her sound, including the array of wireless mics feeding into their own mixing desk, but the volume levels were way off even from the first few strummed bars on acoustic guitar. Perhaps it was unfamiliarity with the intimacy of a small venue, or perhaps it is still early days performing live as a three-piece, but it was just a marring small criticism of an otherwise memorable evening.

SOAK.'s debut album (nominated for this year's Mercury Music Prize) is available from HMV, Amazon, and all good independent record stores, including Soundclash. Her website is at http://www.soakmusic.co.uk/

Rozi Plain has her website at http://roziplain.co.uk/, from where you can buy any, or all, of her three albums.
Posted by auckers at 05:33