British Rejects at 'The Cut' - Lowestoft Comes to Norwich. Yay! 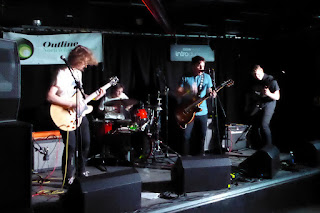 First an apology to both Chalky Seas and to Mila Falls. It's not that I didn't want to catch your sets, I really would have done so if I could have made it to Open in time. 'The Cut' is a marvelous opportunity to showcase this region's musical talent - a physical manifestation of the fantastic work done in promoting local artists by the event's co-organisers BBC Introdudcing and Outline Magazine. Even if I could only catch one of the three acts tonight my £3 ticket would still be a bargain in anybody's book.

I therefore have to rely on feedback from those present and a little bit of internet research of my own to find out what I missed. Currently there's only one track online that I can find from Chalky Seas, and its a mid-tempo indie-folk affair that goes by the name of Plastic Friends. Pleasant enough, and I love the idea that their new single Cavalier was actually inspired by an old Vauxhall estate car. Probably much more worthy of seeking out for a listen than their name suggests. Unfortunately Chalky Seas sounds far too 'murky-North Sea' and not enough 'West Coast sunshine' to potentially attract the casual passer-by.

Norwich-born Mila Falls has carved out quite a name for herself in the world of house and electro, and played at our own Sundown festival last year. Tonight's set at Open is a more pop-based performance with new material displaying a definite nod towards 80's Disco. She is backed by a live guitarist and drummer, but apparently let down by an intermittently malfunctioning backing track. I only catch the last song of her set, which sounds great, but I almost wish that, for a small intimate venue like the Open Club stage, she had treated us to an acoustic set. Having heard unplugged versions of songs like Radio on YouTube it would have been really cool to have experienced that great voice up close and personal.

As a Lowestoft boy myself it is always a pleasure to see a band from my own hometown (even The Darkness), and British Rejects is a great name with which to sum up the dis-affection of an entire generation from the faded glory of a once great fishing port and seaside town. My authenticity-alert therefore goes off immediately when I see a tousled guitarist sporting a Jack Wills t-shirt. However, that aside, the four lads really put on a spirited show to those still remaining (and it really is a shame at these local showcase events that the friends and fans of the initial acts don't always stay for the entire show). Ryan Redwood makes a great front-man, bursting with enthusiasm and energy. They are not nearly as punk or heavy rock as I was expecting - I would put them more in the camp of Foos-referencing-Undertones - but Owen, Andrew and Sam together put in stirling performances to make British Rejects look and sound like a properly tight band. If they sounded as good as this on their recent UK tour they will have proved great ambassadors for their home town. All in all, this was a great climax to this, the second edition of 'The Cut'. 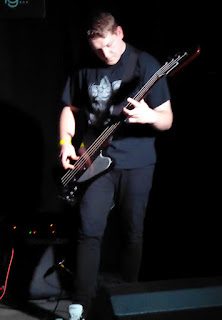 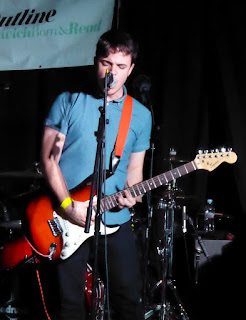 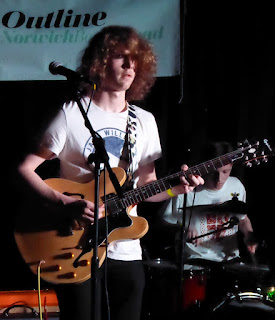