DIY with Tigerclub in Norwich - a Grand Slam of a Night 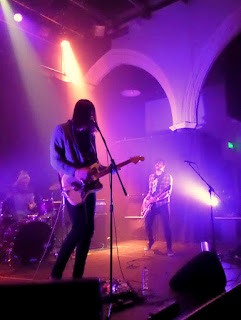 I have to be honest. I'm here at Norwich Arts Centre tonight because of a free magazine. No, not Outline, that finest of gratis publications that confidently tells us where to go every night of every month here in Norfolk's fine and only city.

No, I speak of DIY, that essential monthly read for music fans nationally, or those that are too tight to part with hard earned cash for Q or Mojo, but do not want to rely on the opinions of the now 'free' NME with all its Topshop and HMV sycophancy. I know that DIY also has bills to pay, and they also embrace 'the hand that feeds' with their advertising revenue but, somehow, DIY seems to do it with more grace and style.

And, after treating us last year with a memorable Doc Martens gig at the old Owl Sanctuary last year in the company of Palma Violets, they are back in town again with a date on their 'Mapped Out' tour for up-and-coming bands featuring a double bill of Tigercub and Bellevue Days.

Unfortunately, not only is it a Saturday night, but the climax of the Six Nations rugby has meant that the France v England game is live on television. So it is a fairly small crowd that starts the evening as local band Marigolds take stage to kick things off. A young four piece who, unusually, position non-singing bass player Tom at centre stage, whilst vocalist Joe is confined to the shadows with his baseball cap deflecting the spotlight off his face. Their take on a familiar indie-surf sound is pleasant enough, and the playing seems competent. Perhaps the best number is the as yet untitled number which we are warned "could go horribly wrong". In fact, it turns out to be the highlight of their set, with fierce bass playing feeding the rhythm and lead guitars with dynamic effect. 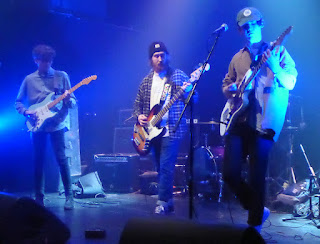 Bellevue Days are from Croydon, which they helpfully inform us is in London. Obviously they have got us down as a parochial crowd. Now, without wanting to get into a spat over this, I'm not sure what typifies the 'Croydon sound', but their Sonic Highways inspired offering seems about as typically 'London' as Anglia Square. It's not that it's unpleasant, and the playing is punchy and tight, but it just doesn't awaken the Kraken or cut the Colmans for me. The new single Pepper Tea is probably the spiciest track on offer, but they still would benefit from a little more seasoning, and some more original recipes. 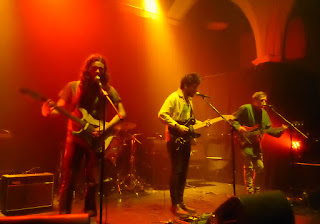 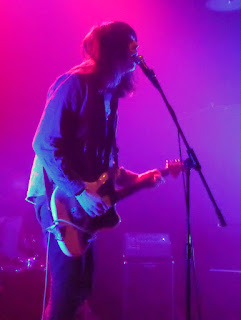 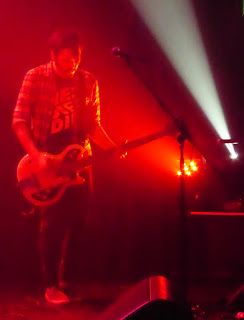 Bathed in alternating lights of red and blue, punctuated with pinpoint shafts of white, the analogy of Brighton's sixties musical heritage is not lost on us tonight, but this is the same city that recently spawned both Years and Years and Royal Blood. And perhaps that is where Tigercub steal the advantage over Bellevue Days. To be a part of an incredibly varied musical scene opens the mind to all sorts of ideas and creativity. Perhaps Croydon is just that bit too close to London to carve out its own identity and express it musically?