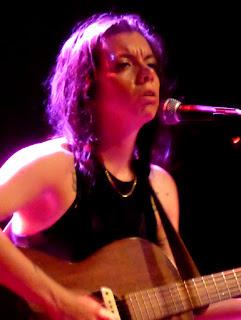 Riffraff. A term that goes back to the 15th century, derived from the Anglo-French expression rif e raf, and meaning altogether or every single one. Now commonly used to refer to a group of undesirable persons or a rabble.

Well, just to reassure you, Tuesday night at Norwich Arts Centre was far from a rabble, and whilst Louisiana based folk-blues musician Alynda Segarra may have had a difficult childhood and spent a rebellious phase as a teenager, her message these days is certainly that of equality and togetherness. So it was a real pleasure to see her and her band arrive in Norwich. The visit could not have come at a better time. It definitely was a case of Hurray For The Riff Raff.

Support for the evening came from a nomadic duo, originally from Philadelphia, but nowadays more likely to be found touring the Americas in their beautiful 1961 Airstream trailer, which has also doubled up as mobile recording studio. They go by the name of Hymn for Her, and their set has just started as I walk into the crowded auditorium space of the Arts Centre. Already folks are dancing, and, behind a kickdrum emblazoned with the band's motif sits Wayne Waxing (love the name), thrashing the hi-hat, harmonica in mouth and furiously strumming at a beautifully decorated acoustic guitar. Oh, and he sings as well. 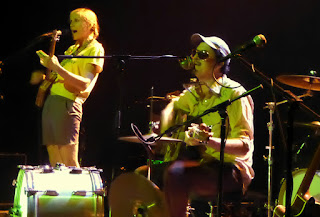 To the left struts Lucy Tight (again, great name), belting out the vocals and playing what looks like a three-stringed guitar made out of a broom handle and a cigar box. And, guess what? It is a guitar fashioned from a broom handle, three strings and an empty wooden cigar box. Apparently there's this guy called John Lowe in Memphis who makes them, and this one was a gift from him. 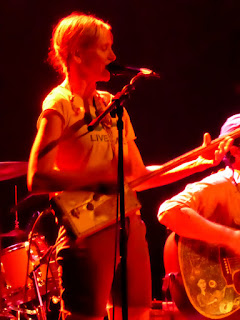 Whilst they initially look like renegades from The Dukes of Hazzard, together they create a sound that takes country music and rams down its throat the raw power of punk, the scuzz of grunge, and the trippy excesses of Led Zeppelin. It is hard to believe that two musicians can produce so much noise without backing tracks or a band. This is Southern Comfort infused with hot pepper sauce and mood-altering drugs to produce an infectious cocktail that will not let you go.  The mood lightens up slightly when nine year old daughter, Diver, is welcomed up on stage to provide vocals on a cute Willie Nelson cover, but otherwise their performance is a full-on 'Amish meets Hells Angels' mash-up. I buy a CD off the merch stand, and pick the excellent Smokin Flames as being the one that comes closest to re-creating that live sound. 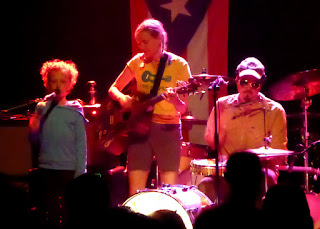 Hymn for Her continue their tour of the UK and Ireland until July 26th (with a closing gig at London's troubadour), then head off for nine dates in Germany before returning 'home' to that gorgeous Airstream trailer.

Hurray For The Riff Raff get a huge welcome onto the stage, and immediately you realise quite what a following this band has. On the stage backdrop hang side-by-side the flag of Segarra's spiritual home, Puerto Rico, and the rainbow 'freedom' flag of love and diversity. The band lineup is quite rocky for those familiar with the earlier albums, and features electric guitar, bass, keyboards and drums. However, it is Alynda Segarra's vocals that dominate the sound, her voice twisting and worming its way right into the auditory cortex, lyrics that convey beauty and a whole lot more. 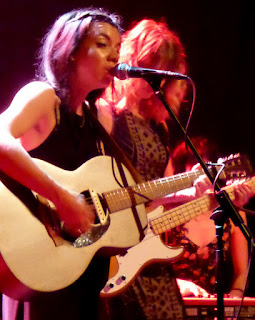 Ode to John and Yoko hints at Segarra's own musical influences, but it is the mournful tribute to similarly dark events in New Orleans that are poignently brought home in St Roch Blues.  And, of course, the recent horrors in Orlando are referred to in the introduction to another song from Small Town Heroes, the sadly too-late gun-control anthem The Body Electric. There are other, more upbeat, songs like the reflective Living in the City, about growing up in the Bronx, and the bluegrass-infused Blue Ridge Mountain, but these are always balanced by the reminders of social injustice. Daniella, for example movingly tells the tale of a girl subjected to domestic abuse, but then, in the encore, our spirits are raised by a cover of The Ronettes' Be My Baby, and a lovely happy-clappy Little Black Star. 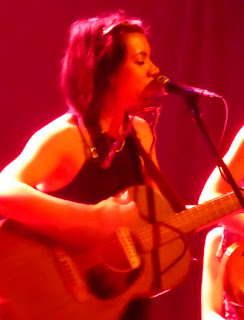 It is four years since we last saw Hurray for the Riff Raff play Norwich, and it was certainly worth the wait. Hopefully we will not have to hang on so long for the next time around. From July 9th the band are back touring in the United States, with no further European dates currently scheduled. 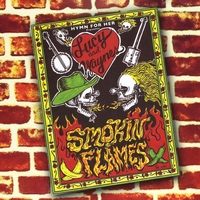 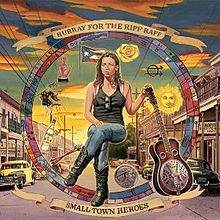 Email ThisBlogThis!Share to TwitterShare to FacebookShare to Pinterest
Labels: Hurray for the Riff Raff, Hymn for Her, Norwich Arts Centre