The Rise of Morganway - EP Launch at Norwich Arts Centre 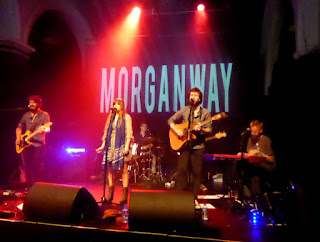 It doesn't seem possible that over 18 months have passed since I first saw Morganway play at Norwich Arts Centre. Even back then the Rumours (ha, ha, please excuse the pun) were that these guys would be Norfolk's answer to Fleetwood Mac. I didn't like the comparison then, and I don't like it now, but I can kind of see where folks were coming from. What I did realise back then was that vocalist Yve Mary B had a cracking voice, and that the songs were all strong and came with great arrangements.

Fast forward to 2016 and Morganway are back at Norwich Arts Centre, headlining a Tilting Sky event that also sees possibly one of the last live appearances by other local favourites Addison's Uncle, Cambridge country star SJ Mortimer, and Norwich singer Liberty Popey. 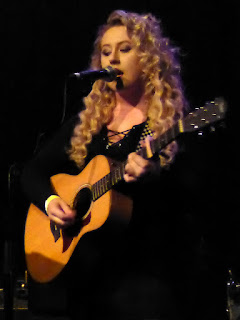 The event kicks off promptly after the doors open at 7.30, even though rumour has it that thousands are still attending a pro-EU rally outside Norwich's City Hall. You will remember that 56 % of Norwich voted to Remain, and whilst the meeting is unlikely to change the result, the gesture of solidarity has done the city and its people proud. Liberty Popey is therefore possibly not playing to as many people as a slightly later slot would have allowed. She plays acoustic guitar and performs mostly covers of contemporary songs by the likes of Ed Sheeran, Sam Smith and Rihanna, and it is the latter whose voice is most suited to, not just through gender, but also because of the throaty soulful quality of her singing, and the interesting acoustic treatment. In fact, if she sang nothing but Rihanna and Beyoncé covers all evening I would have been quite happy. Perhaps it was nerves, but it was a shame that she chose not to engage with the audience at all, or introduce her choice of songs. Check out her videos on YouTube. 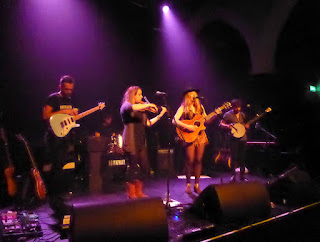 SJ Mortimer and 'The Band'

SJ Mortimer is a young country singer from Cambridge, a graduate of Southampton University, and already has a Nashville-recorded album under her belt. "Nashville Sessions" was recorded in 2014 through a combination of hard work, self-funding, and of course, some great songs. She plays Cambridge Folk Festival later this month, but tonight is the first time I have had the chance to hear her sing in Norwich. 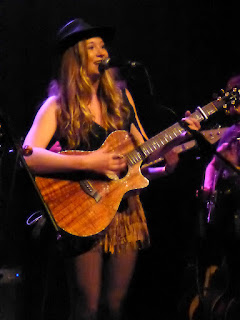 She appears tonight with a really tight five-piece band that lines up on electric guitar, bass, fiddle, banjo and drums and is really well rehearsed - not at all like a  'backing band', yet that is how they are introduced. SJ (I know it sounds more American, but it would be nicer to be able to refer to her by her full name) certainly has one of the best country voices that I have heard in a long time, and belts out the words to songs about whiskey ('Fireball'), Tennessee ('Smoky Mountains'), and even bad Tinder experiences ('Play The Game') with the heart and soul of Dolly Parton and Joss Stone rolled into one smiling package. 'American Dream' sums up well the aspirations of this rising star. 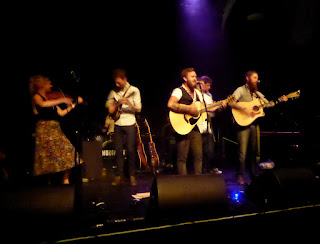 I've lost count of the number of times that I have seen Addison's Uncle play over the last few years, but I never tire of hearing Philip Pearson's songs of Norfolk tales and traditions, and of course the legendary route from Great Yarmouth to Cromer. I obviously blame the start of work on Norwich's own road to nowhere, our hugely expensive Northern Distributor Route, for Pearson and the band's recent announcement to part company at the end of the summer. 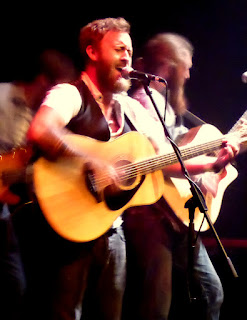 I know that many of the members of Addison's Uncle are already active with other projects - James Maas' new band Mammal Not Fish is getting rave reviews, and Georgia Shackleton is heading up her own trio together with Aaren Bennett and Nic Zuppardi. I would like to thank all seven of them for some wonderful memories, and some great songs. Somehow 'I drove my old Sierra, round the Norwich NDR' will just never sound the same, or give as much pleasure. Thank you. 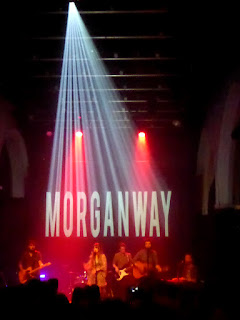 So, as one local band prepares to bow out another is definitely waiting in the wings to seize the crown. Morganway have almost filled the Arts Centre tonight with an enthusiastic crowd who are baying with anticipation by the time the band come on stage just before 10 o'clock. With their name emblazoned upon their drumskin, a member of SJ's band sporting the T-shirt, and their name projected in five foot high lettering onto the stage backdrop, this is one hell of an EP launch. This band really mean business. Yve Mary B (yet another singer shrouded in abbreviations) is dressed for the occasion in summery dress and flowing purple scarf, and is flanked by the brothers Morgan, whilst bass player, keyboards and drums take up positions further back. 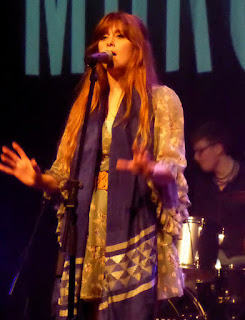 The set is filled with songs from the new EP as well as other favourites, and whilst the sound is strongly influenced by the music of West Coast America, this is a band that is clearly proud of their North Norfolk roots, and rightly so. Even the CD cover artwork, which sports a silhouetted photograph of the band on the back of what looks like a Californian surfer van is, as anyone who has seen the video knows, in reality an agricultural dropside farm truck. The video for 'It Ain't Just' is filled with Norfolk green and yellow, and I'm talking rapeseed fields, not football.

The set is an absolute triumph, and the band are clearly taken aback by the reaction and the size of the crowd here tonight. It is hard to pick out one favourite track, but for me it has to be the rousing 'Hurricane', a maelstrom of a song that whirls and climbs into a frenzied climax. They are off to play the Secret Garden Party and the Reepham Festival before returning to The Plasterers in Norwich on August 14th, and I understand that Yve is playing a solo set at my local, The Royal Oak in Poringland, on September 11th.

Video for 'Ain't It Just' https://www.youtube.com/watch?v=26MMAprCp4g&feature=share 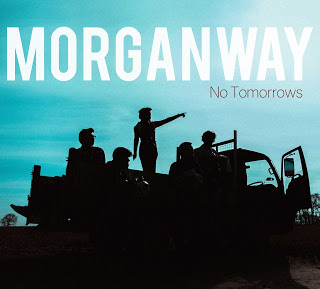