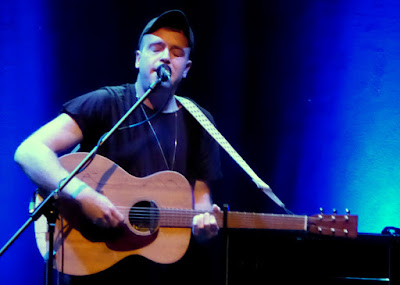 It is the first night of Benjamin Francis Leftwich's UK tour to promote After The Rain, his first new album since 2011's Last Smoke Before The Snowstorm, and understandably there is an almost full house here in Norwich tonight. Some of us might have caught his warm up gig at The Brickmakers back in April, but for most of us it is our first chance to hear him since appearing with Daughter at The Waterfront back in 2012.

Supporting tonight is the dark and melancholic Norwegian singer songwriter Siv Jacobsen. Her vocal style is not unlike that of Damien Rice, although she is capable of hitting the higher notes with a clarity and power that Rice could only dream of. Dressed in a sombre shade of grey she performs her set against the Arts Centre's black backdrop, adding further to the mood set by song titles like Dark, How We Used To Love, and Bullet. However, she is warm and friendly to the audience, chatting  to the front row in perfect English whilst re-tuning her guitar at the same time. Her most memorable track, though, is a dark and moody cover of Britney Spears Toxic which, it transpires, is also her most listened to track on Spotify. There is certainly nothing toxic about her reception here tonight. 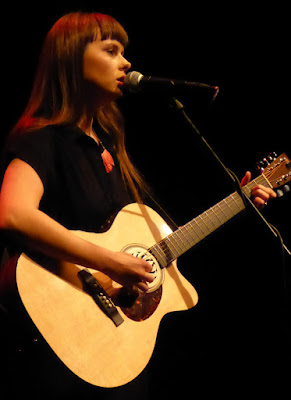 Benjamin Francis Leftwich opens his set with Tilikum, the opening track from the new album. Sporting a baseball cap and performing alone on stage he cuts a solitary and slightly apprehensive figure. He changes guitar and sips from his water bottle between almost every song, and the huge amount of echo applied to his vocals from the sound desk are just a tad too much for such an intimate venue. It is therefore a relief when he asks us to be really quiet for the next song, and proceeds to perform a beautiful, and completely unplugged, version of Summer. 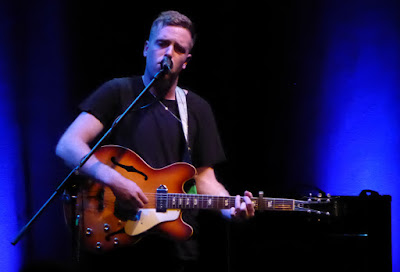 There are songs from the first album mixed into the setlist, and Butterfly Culture provides not only the chance to plug in the electric guitar, but also to lose the baseball cap. By now, Benjamin seems slightly more relaxed, and has thanked us for turning out in such numbers and being such an attentive audience. He is thrown slightly when a member of the audience appears to faint quite near to the stage, and there is a slight delay whilst the house lights come up to allow her to be escorted out of the auditorium, but he finishes the set, and comes back to perform an encore of Kicking Roses and Atlas Hands.

After The Rain is a truly beautiful album, and one that deserves to re-establish Leftwich as one of our leading home-grown talents. He has been away for too long, and this tour is a chance to re-connect with his audience, as well as rebuild his own confidence. 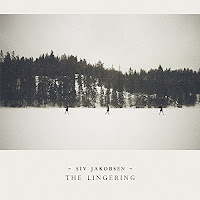 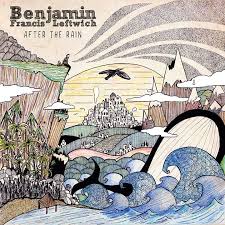