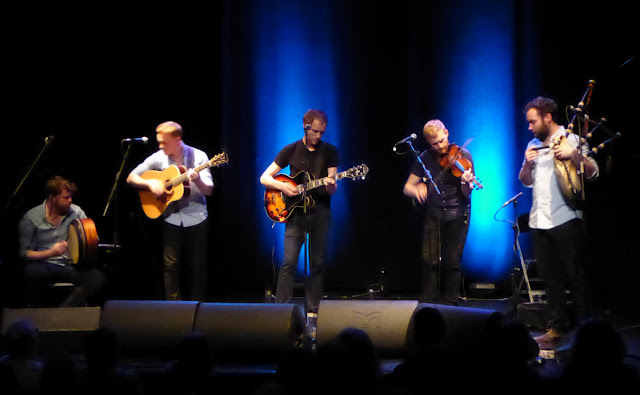 It would have been so, so easy to have stayed in on a Monday night, especially after a gruelling weekend stewarding at Great Yarmouth's OutThere Festival of Circus and Street Theatre (followed by an evening with Joan Collins!). After all, it was barely a month since I had last seen Scottish five-piece (well, four Scots and a Suffolk boy) folksters RURA play on the main stage at Folk East. Still, as Dame Joan so rightly said at the close of her 'Unscripted' evening at Norwich's Theatre Royal, 'Live every day as though it is your last. One day it will be'. And so, with the great lady's words echoing through my head, I turned off the television, hopped on my motorbike, and headed over to Norwich Arts Centre.

RURA's one-hour set at Folk East was impressive, but not without its problems. The weather had conspired to throw four seasons' worth of weather into 24 hours on that Saturday. We had had brilliant sunshine, torrential downpours and, later in the afternoon, winds gusting so strong that the main stage was forced to close for safety reasons. It re-opened in time for RURA's set, but by that time nobody was quite sure what to expect next. However, the boys done good and gathered a large crowd to enjoy their mix of modern and traditional Scottish folk music.

But the festival experience is very different to the intimate and close-up encounter provided by the cosyness and comfort of Norwich Arts Centre, especially as the band would be performing a double set, giving them time and a chance to perform numbers omitted at their Folk East appearance.

Perhaps in an attempt to re-create that stormy evening in August, RURA kicked off their first set with the brooding Dark Reel, written by Fraser Fifield, a curtain raiser that introduces us to Jack Smedley on fiddle, Steven Blake on pipes, David Foley on bodhrán, and our boy from across the Suffolk border Adam Brown on guitar. The sound is gorgeous, with a deep rich bass that I am told came from Brown's guitar being linked to a sub-bass pedal. 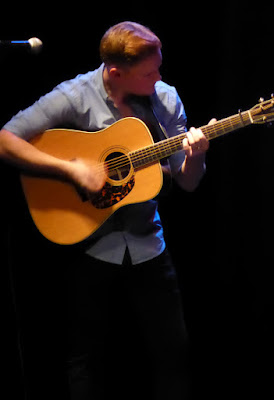 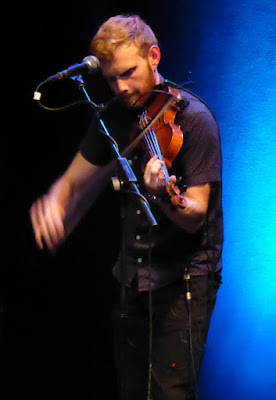 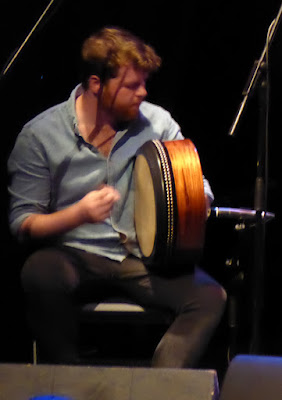 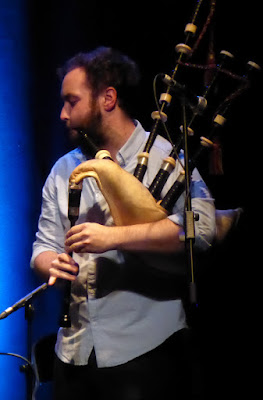 After two instrumental numbers we are introduced to RURA's fifth member, vocalist and electric guitar player Adam Holmes. Adam and Jack Smedley used to tour together as the infamous 'Muckle Loons', and he now becomes the now-you-see-him-now-you-don't fifth dimension to the RURA sound, appearing on all the vocal numbers with a beautiful voice that can switch effortlessly from tender to Britpop swagger. 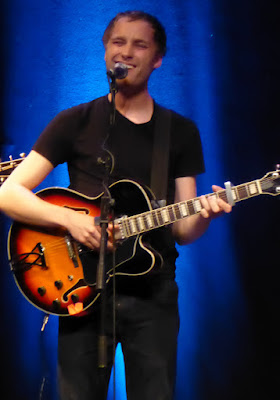 The setlist draws from both album releases, Break It Up (their debut from 2012), and last year's follow up, the self-released Despite The Dark. Their are traditional numbers like the lilting Lament for Donald Ban originating from the Isle of Skye, and a lovely melodic adaptation of Robert Burns' poem Cauld Wind Burst. The Lasher was written by the Irish pipe and whistle master Brendan Ring but most other numbers are individual or group efforts from the members of the band. Foley swaps from bodhrán to flute when required, and Blake is as adept on the whistle as he is fluid on the pipes. My favourite song of the entire evening, though, is the magnificent The Glorious 45, a building rouser of a tune that starts with pipes, adds rhythm from the guitar before the remaining instruments weave their way towards a rousing climax. 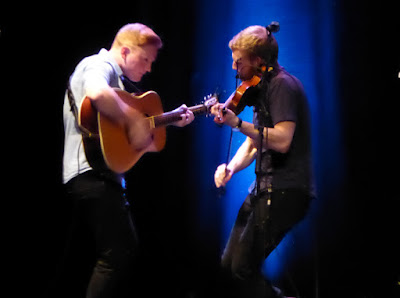 By the end of the evening I have totally vindicated my decision to spend yet another evening away from the comfort and sanctuary of home, and thoroughly enjoyed the musical company of this lovely bunch of lads. It is not any wonder they were declared Live Act of The Year in the 2015 Scots Trad Music Awards, and described as 'one of the most exciting bands on the Scottish folk scene' by Songlines magazine. Catch them if you can. 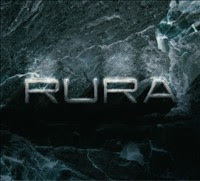