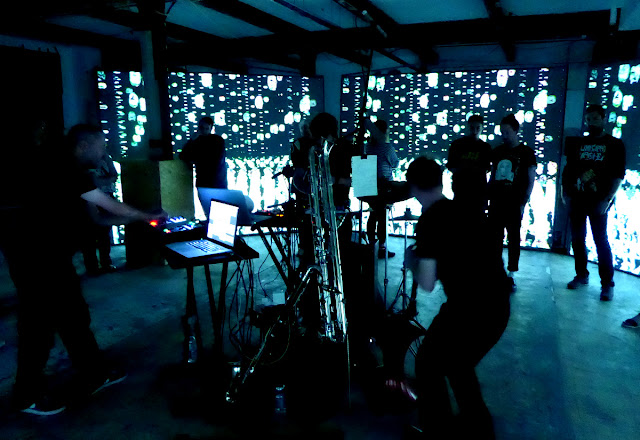 I have mixed memories of St Mary's Works in St Mary's Plain, Norwich. For three years in the late eighties if formed a significant part of my 360 degree panorama whilst working as pharmacist in the Oak Street Medical Centre. The shoe factory had closed a good ten years earlier, and the vast building played host to a number of entrepreneurial businesses, including a print and publicity company, and a gymnasium.

As I looked out from my dispensary bench, the view was very different to what it is today. Where smart new town houses and apartments now creep down the road towards the river and the Anchor Brewery once stood a variety of light engineering businesses and our then immediate neighbours, a huge industrial laundry with its constant noise and belching steam and fumes.

Where now artists and musicians gather to rehearse and play at The Wharf Academy, those without a bed for the night would queue in the mid to late afternoon at the gates of the old Norwich night shelter, hopeful of a hot meal and a bed for the night. Many of them had mental health problems, and the nature of their routines meant that they had to be given their medication daily. Whilst largely a transient bunch of characters, many became regulars of the pharmacy, every one with a fascinating story to tell once we had won their confidence and trust.

Whilst transferring to a brand new medical centre in such an unlikely location was a mixed blessing for me in those pioneer years, the image of that vast building built for Norwich shoemakers Sexton, Son and Everard (SSE) remains etched in my subconscious.

Yet, until last night, I had never actually set foot inside the building. Only now that it has been made available by the current owners as a performance space and arts venue pending the start of re-development have I had the opportunity to venture through that imposing entrance flanked by short Doric piers and white masonry.

The reason for my visit? A performance by [UNIT], a local trio of avant-garde musicians and visual artists, who are premiering their work with six shows over two days before taking it on tour. Using a laager of seven back-lit projection screens to encircle both performers and audience, [UNIT]'s sound is aimed at us through an octophonic network of channels. It is a mixture of electronic static, effects and oscillated distortions, woodwind instruments covering the entire orchestral range, and customised percussive tones created by, for example, bowing the edge of a cymbal. Occasionally human voices float into the mix, contributing to the resultant cocktail of sound, and adding an ethereal layer that brings biological life to the fusion of synthesised and natural vibration.

Once the doors are secured and the lights dimmed the audience is encouraged to move around the performance space, interacting with the acoustics and experiencing the sweeping aural and visual panoramas. Some choose so to do, others just stand in awe or sit cross-legged on the floor. Either way, what is experienced over the following forty minutes can only be experienced as 'the journey of a lifetime'. After a while the visuals produce an almost trance-like state, but continue to take us through a gamut of emotional states from euphoria to wonder to meditative peace as the sonics trek through manuscripted landscapes, with individual improvisations permitting organic response to the audience mood. At times I felt I was in a Tibetan temple, the next I was on an auditory 'wall of death' as the visuals conspired to spin the music round and round in my head, eyes and ears collaborating to maximise the sensory impact. If you asked fifty people to describe this experience, I am sure you will get fifty different responses - this is a highly personal journey. [UNIT] are merely the conduit.

Written and conceived by Bill Vine, Ant Bailey and Dan Tombs, and featuring Marcus Williams standing in for Dan on the first two performances, [UNIT] breaks new ground in performing a live visual and auditory installation in such a unique space. I count myself very lucky to have been there in person to experience it. 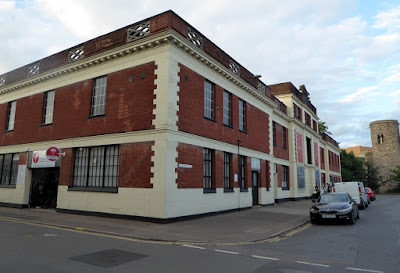