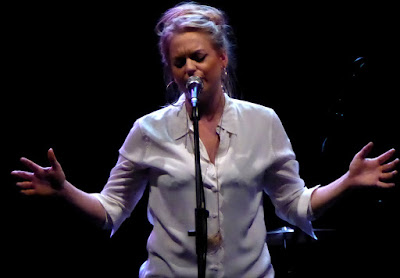 Soulful Sussex-based blues singer Jo Harman made a welcome return to Norwich Arts Centre this week, complete with four piece band, and showed exactly why she is acquiring such a loyal and appreciative fanbase - there are many familiar faces here tonight. Those who came to see her back in 2014 are keen to hear tracks from Jo's forthcoming album, recorded in Nashville with legendary producer Fred Mollin, as well as to enjoy again familiar numbers from the 2013 debut release 'Dirt On My Tongue'.

She will be playing some intimate gigs later in the month with just her and piano accompaniment, but for tonight we are able to enjoy the full force of the band, led by the impressive Steve Watts on keyboards. Rather than simply use them as backing Jo allows her musicians to really make themselves contribute to the performance, something that the audience really get a chance to appreciate during some of the the more stompy delta numbers. 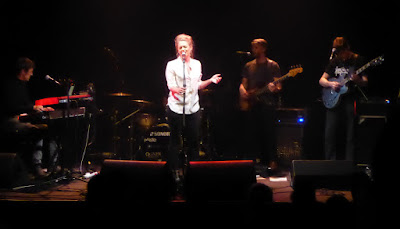 Having said that, tonight's set includes quite a few ballads and slower soul and gospel-infused numbers - her recent trips to Nashville and Memphis have obviously had a huge influence, and she tells us in revered terms of her visit to Al Green's Full Gospel Tabernacle Church. It also prompts a stunning cover of the Bobby Bare classic, 'That's Why I Got To Memphis'. 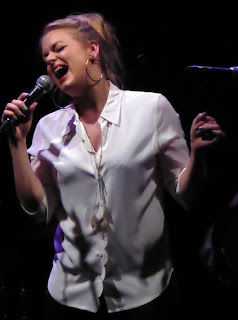 Another cover in the set is a moving version of Bob Dylan's 'Forever Young'. As the band plays in the background Jo is bathed in white light, and spots from the side cast spooky giant shadows onto the medieval church walls of Norwich Arts Centre's interior.

A deserved encore includes the very personal tribute to her late father, but written for her brother, 'Sweet Man Moses'. A beautiful way to bring this special evening to a conclusion. Jo Harman has a voice and a delivery that demands your attention, and ensures that every show is a full-on performance. Her voice can handle delicate as well as gutsy, raw as comfortably as gentle, and her whole body seems to feel and echo the emotions of every song. Something quite special to behold. 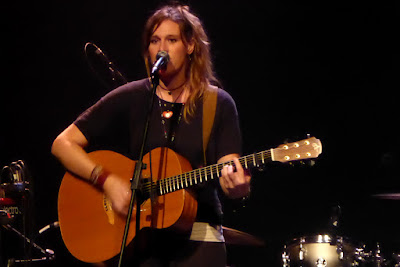 Support this evening came from the excellent Hollie Rogers, who whilst also originally hailing from the South West now also lives in Sussex. Her musical style is very different to Jo Harman, and she performs alt-folk songs of her own composition, tonight accompanied by the amazing Tom Holder on double bass. Indeed, Hollie and Tom together sport some of the most awesome hair in contemporary folk. The songs are often deeply personal, and she is not afraid to drop in the occasional cuss word where appropriate, athough her singing style is laid back and friendly. It is lovely to find a folk musician who has mastered the art of being able to sing  with a smile on their face and both eyes still open. We learn that tonight is Hollie's birthday, and her pleas to purchase a CD to help her celebrate are virtually irresistible. 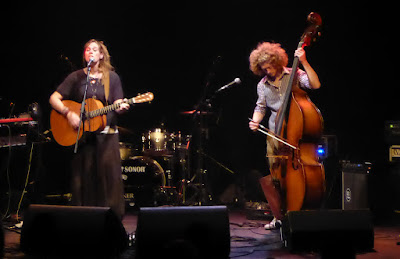 Her voice has been compared to that of both Carole King and Joni Mitchell, although it at times reminded me more of the Irish folk singer Mary Black. Her website includes an intriguing testimonial from none other than Pink Floyd's drummer Nick Mason. Other plaudits come from artists that she has supported, including Suzanne Vega and Damien Rice. 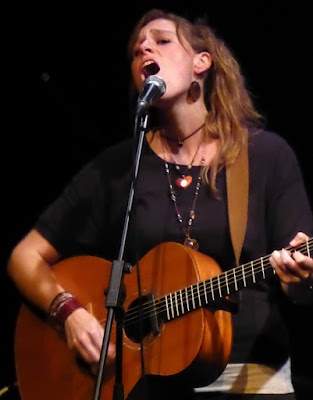 There is a brand new song called 'Brand New', and a modified cover of Michael Marra's 'Take Me Out Drinking Tonight', otherwise all the songs in tonight's set come from Hollie's two CD albums, 'Let Me Be The Shadow Of  Your Dog' and the follow up 'All That Fire'. Birthday or not, I could not resist the urge to purchase both.

Now that Hollie has finally given up her job in teaching to concentrate full-time on music, we can hopefully look forward to seeing her return to Norwich before too long. 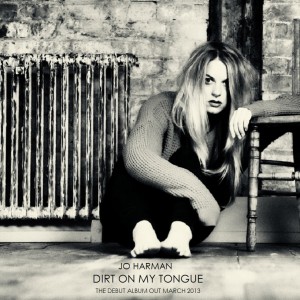 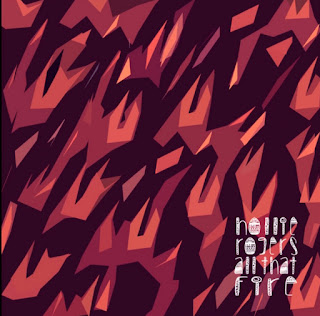