Rae Morris at Norwich Arts Centre - 'Unguarded' but not Unplugged 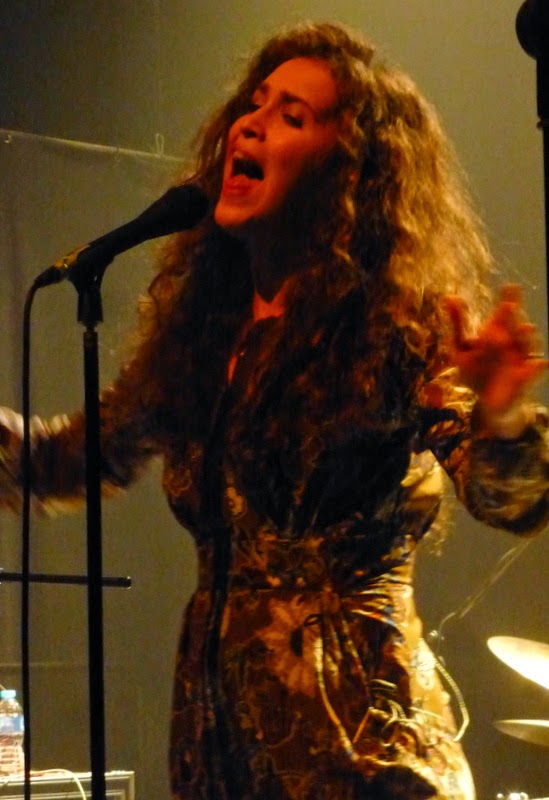 There was a definite buzz of anticipation as I checked in for my volunteer shift last night at Norwich Arts Centre. It was not just the fact that evening had sold out in advance - that often happens, especially if a popular band is hosting an album launch, or there is a charity fundraiser. No, this was the palpable air of expectation that is obvious when a star in the ascendancy arrives in town. It is also accompanied by a spate of  last-minute telephone calls from disappointed fans desperately hoping for  a returned ticket. Queues will start to form well before the doors are due to open, and the photographer and press passes have all been eagerly snapped up.

The cause of the excitement was 21 year old singer-songwriter from Blackpool, Rae Morris. Having spent several years touring, and having supported the likes of Bombay Bicycle Club, Lianne La Havas, Noah and The Whale, Tom Odell and George Ezra, Rae was finally back on the road to promote her own debut album, 'Unguarded', which was released at the end of January and reached the top ten in the album charts.

As soon as we opened the doors at 7pm the first ticket holders were already waiting to come in. We had our lists of advance ticket sales from SeeTickets, Ticketmaster and AXS, as well as our own box office and the UEA Students Union to search through, and it was interesting that this event had brought many first time visitors to the Arts Centre. This was the final night of a twelve night tour that started on February 1st in Liverpool and had taken in Glasgow down to Brighton, as well as London and Birmingham. Most nights, like this one, had sold out.

Support act for the night was Fryars, stage name of 24 year old Benjamin Garrett from London. His first album was released back in 2009, but he now has the follow-up, 'Power', to promote. Although I was not able to abandon my front of house post to see his set, I could hear that his set of self-written electonic pop songs justified a proper listen at some point. It also transpired that he had co-written one of Rae Morris' tracks on 'Unguarded', and would re-appear during her set to duet on 'Cold'.

By half past nine most, if not all, of the audience had arrived, we had managed to sort out returned tickets for a couple of lucky punters, and pass on the cash to the appropriate returnees, so I was allowed to cash up (not difficult on a sold-out gig, as we had only sold a handful of advance tickets for upcoming gigs - the rest of my duties had been checking tickets and stamping hands) and take my place in the auditorium just after Rae Morris had taken the stage. 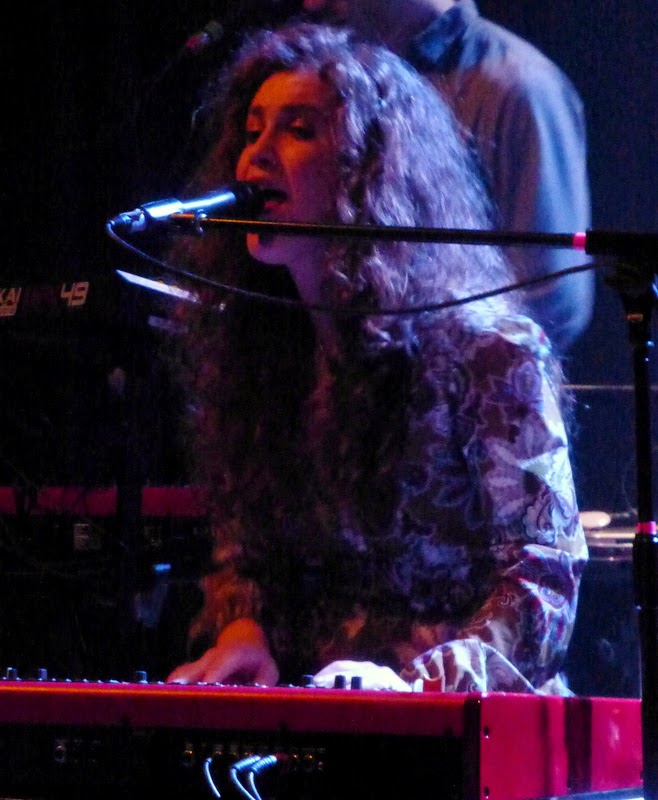 Although it was fairly packed out, I managed to weasel my way to a spot at the front of the stage next to the right hand speakers, so ended up with a pretty good view. Supported by guitar, second keyboards and drums, Rae performed most of the set from her electric piano, although she had played a grand piano at the Electric Brixton gig (the Arts Centre does have one - she only had to ask!). When she comes from behind the keyboards to perform a couple of the more up-tempo numbers like 'Closer' and 'Morne Fortune' a few of the audience at the front respond with muted dancing of their own, otherwise it is the usual well-behaved and appreciative mix in the hall, although there is one small group who still want to chat throughout most of the set. 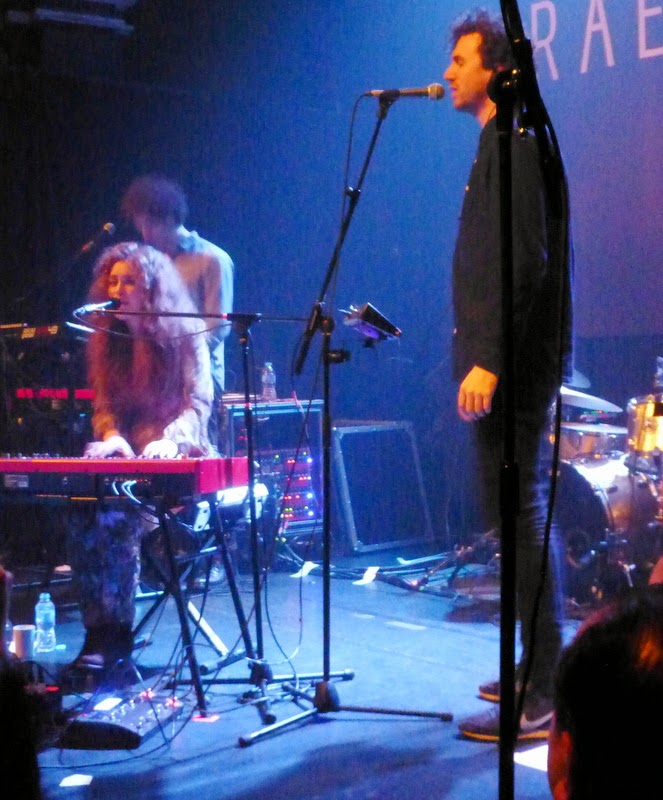 Fryars, as predicted, returned to duet on 'Cold', and after returning to the stage after 'Love Again', Rae gives us 'Not Knowing' and the excellent 'Under the Shadows' for an encore. She certainly did not disappoint, her lovely long curly hair and jungly jumpsuit cutting a petite but stylish presence on stage, taking the trouble to thank us all for supporting the record, and expressing her pleasure at ending the tour in such a beautiful venue (although everyone, quite correctly, says that!). Her voice is a mixture of Ellie Goulding, Florence Welch and Lorde, and whilst the whole set has been pretty much all electronic, it would have been nice to hear her play the grand piano, or try something a little more acoustic. But that is really just me being picky.

I did not buy the album from the merch stand, choosing instead to pick it up at the excellent price of £5.99 on Amazon Prime, including a free AutoRip MP3 download, once it became clear that there was no 'meet and greet' chance to obtain a signed copy.

All in all, a good night, and hopefully the Arts Centre will have gained more than a few repeat visitors on the strength of their experience this evening. After all, it is Britain's Best Small Venue!